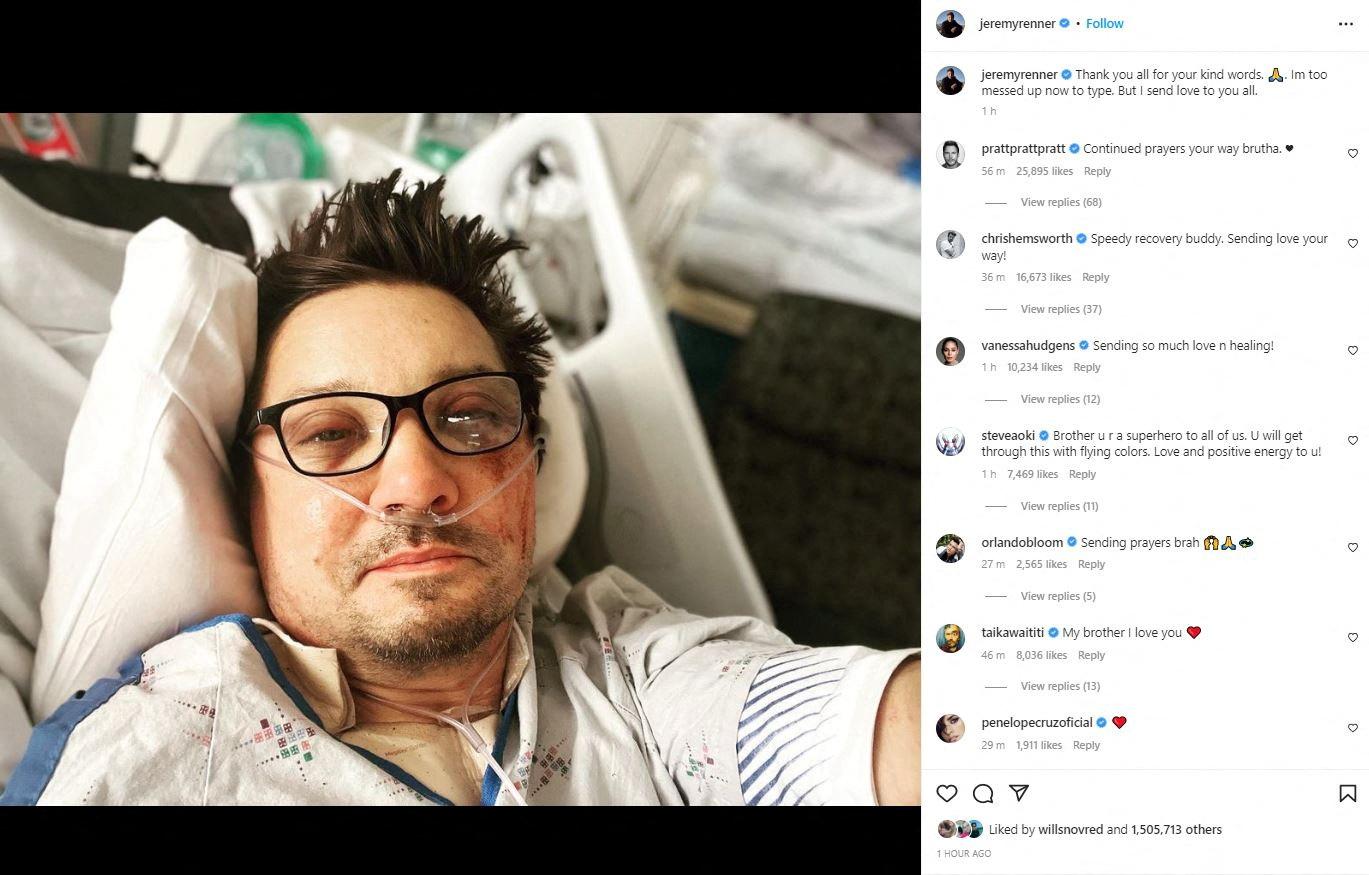 FILE PHOTO: A screen grab shows a selfie of actor Jeremy Renner on a hospital bed, posted on Instagram with a caption reading, “Thank you all for your kind words. I?m too messed up now to type. But I send love to you all” in this picture obtained from social media January 3, 2023. Jeremy Renner via Instagram/via REUTERS

(Reuters) – Actor Jeremy Renner, who plays Hawkeye in the Marvel “Avengers” movies and was injured clearing snow, said on Saturday that he had broken more than 30 bones in the accident.

Renner, 51, was hospitalized after being run over by a snow plow that was being used to dig out a car on his property in northern Nevada.

“I want to thank EVERYONE for their messages and thoughtfulness. Much love and appreciation to you all. These 30 plus broken bones will mend,” he said on Twitter.

The post was accompanied by a photo that appeared to show Renner on a bed undergoing physical therapy.

Renner was nominated for an Academy Award for best actor for his work in the 2008 film “The Hurt Locker,” which won the Oscar for best picture. He received a supporting actor nomination for his work in “The Town” from 2010.