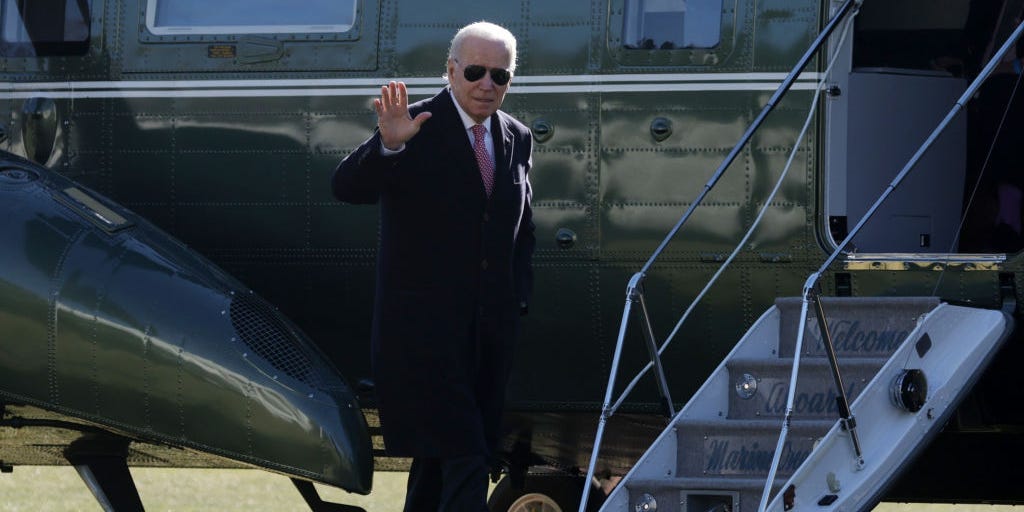 President Joe Biden walks on the South Lawn after he returned to the White House on Marine One, on December 19, 2022 in Washington, DC.

The White House has said there are no visitor logs at Joe Biden’s Delaware home, after Republicans demanded to see them.

It came after Republicans pressed for more information after learning that classified files dating from Biden’s time as vice president were being wrongly kept there.

However — per the White House, no president in recent history has logged who comes and goes from their private home. Those records are only kept for official locations like the White House.

Biden’s classified documents should’ve been handed over to the National Archives after he stopped serving as vice president in 2016, long before his election as president in 2020. A batch of documents were initially found by his lawyers in his think tank’s office in Washington, DC, in November, and a further batch were then found in his residence.

The White House only admitted that they had been found when reports emerged last week that the Justice Department was investigating the issue.

Biden is facing accusations that he may have endangered US national security by mishandling the records.

House Oversight Committee Chairman James Comer said the panel is investigating the issue, and had requested the logs from the White House.

“Given the serious national security implications, the White House must provide the Wilmington residence’s visitor log,” he said in a letter Sunday. However, there are no such logs.

The White house counsel office said that it is not standard for presidents to keep visitor logs at private residences.

“Like every President across decades of modern history, his personal residence is personal,” White House counsel’s office spokesman Ian Sams said in a statement.

Visitor logs are kept at the White House. After his election Biden reinstated the practice of making them publicly available, which Donald Trump had ended when he became president.

The Secret Service also says that it doesn’t keep visitor logs at Biden’s personal residences, and that it does not keep permanent records of visitors to his properties it screens, NBC News said.

Home » Shared Links And Posts - trumpinvestigations.net » There’s a simple reason Biden didn’t keep visitor logs at the Delaware home where he held classified documents — it’s not an official residence
a