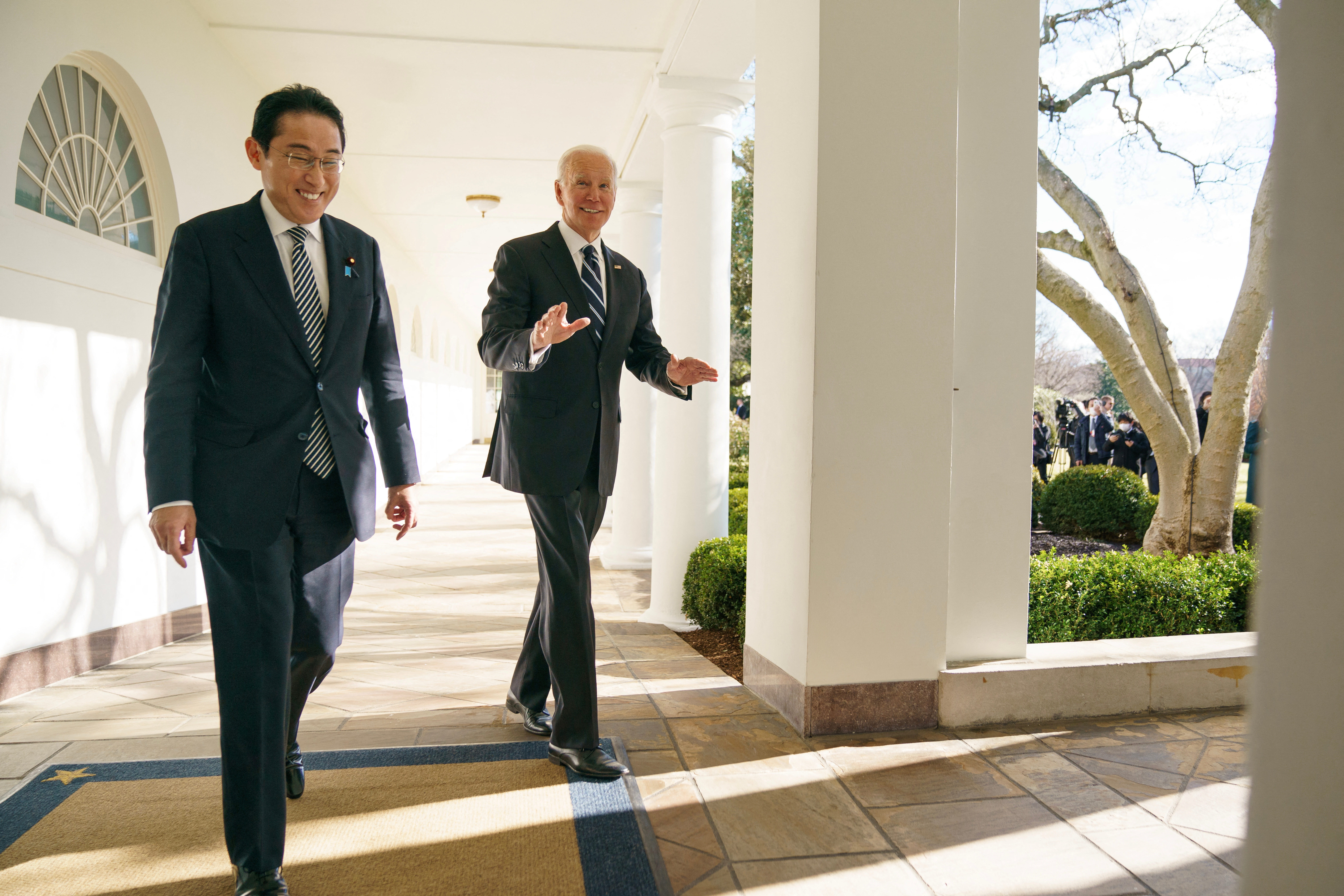 U.S. President Joe Biden and Japanese Prime Minister Fumio Kishida walk through the colonnade of the White House on their way to the Oval Office, in Washington, U.S., January 13, 2023. Mandel Ngan/Pool via REUTERS

Campbell told a Center for Strategic and International Studies event that Biden had raised the issue.

Japan’s Ambassador to the United States Koji Tomita said at the same event that both sides were looking forward to making progress on the semiconductor issue in coming weeks.