Yellen’s first in-person meeting with Liu is part of a pledge by both countries to work to ease tensions following President Joe Biden’s talks with Chinese President Xi Jinping in Indonesia in November.

The meeting will take place a day after Liu addresses the World Economic Forum in Davos, on the first overseas trip by a high-level Chinese government delegation since the country dismantled its three-year-old zero-COVID policy last month.

Liu will meet leaders from other countries and members of the business community including CEOs from tech, consumer and industrial companies as part of a trip meant to show China’s willingness to engage on key issues, a Chinese official familiar with the matter told Reuters.

Yellen and Liu will also discuss global challenges like the possibility of a world recession, the corresponding risks, and how to enhance cooperation, the official said.

Yellen will meet Liu in Zurich on the eve of her three-country visit to Africa, where she will focus on strengthening U.S. ties with a continent that has long been the focus of Chinese trade and investment, and issues such as food security.

China’s foreign minister, Qin Gang, is just wrapping up five-country tour of Africa, the 33rd consecutive year that Africa has been the destination of the Chinese foreign minister’s first overseas tour of the calendar year.

In an interview on National Public Radio on Saturday, Yellen acknowledged that China had played “a leading role” in lending to and trading with African nations, but said African leaders had made clear at a conference last month in Washington that they were seeking more U.S. engagement.

“It’s clear that they want to expand trade and investment with many parts of the world and see the United States as a critical partner in that growth. And that’s something that’s important to us as well,” Yellen said.

Chinese trade with Africa is about four times that of the United States, and Beijing has become an important creditor by offering cheaper loans – often with opaque terms and collateral requirements – than Western lenders. But some African countries, including Zambia, have soured on Chinese lending and are looking for alternatives, economic analysts said.

Yellen’s meeting with Liu is also expected to touch on the debt issue and other significant differences between the two nations.

Yellen has repeatedly criticized Beijing – now the world’s largest creditor – for not moving more quickly to restructure the debt of poor countries in Africa, and often raises concerns about forced labor used in China’s Xinjiang province.

In July, when she spoke with Liu by phone, Treasury said she also spoke “frankly” about the impact of Russia’s war against Ukraine on the global economy, and China’s “unfair, non-market” economic practices.

Yellen does not plan to attend the World Economic Forum. Other senior U.S. officials will represents Washington there, including U.S. Trade Representative Katherine Tai and climate envoy John Kerry.

Yellen has met virtually three times with Liu since taking office, and met in Bali, Indonesia with Chinese central bank governor Yi Gang. Liu will step down this year as part of an overhaul of China’s economic leadership disclosed in September.

In December, the former Federal Reserve chair told reporters she was also open to visiting China and looked forward to more “intense interactions” with Chinese officials than in the first two years of Biden’s four-year term. 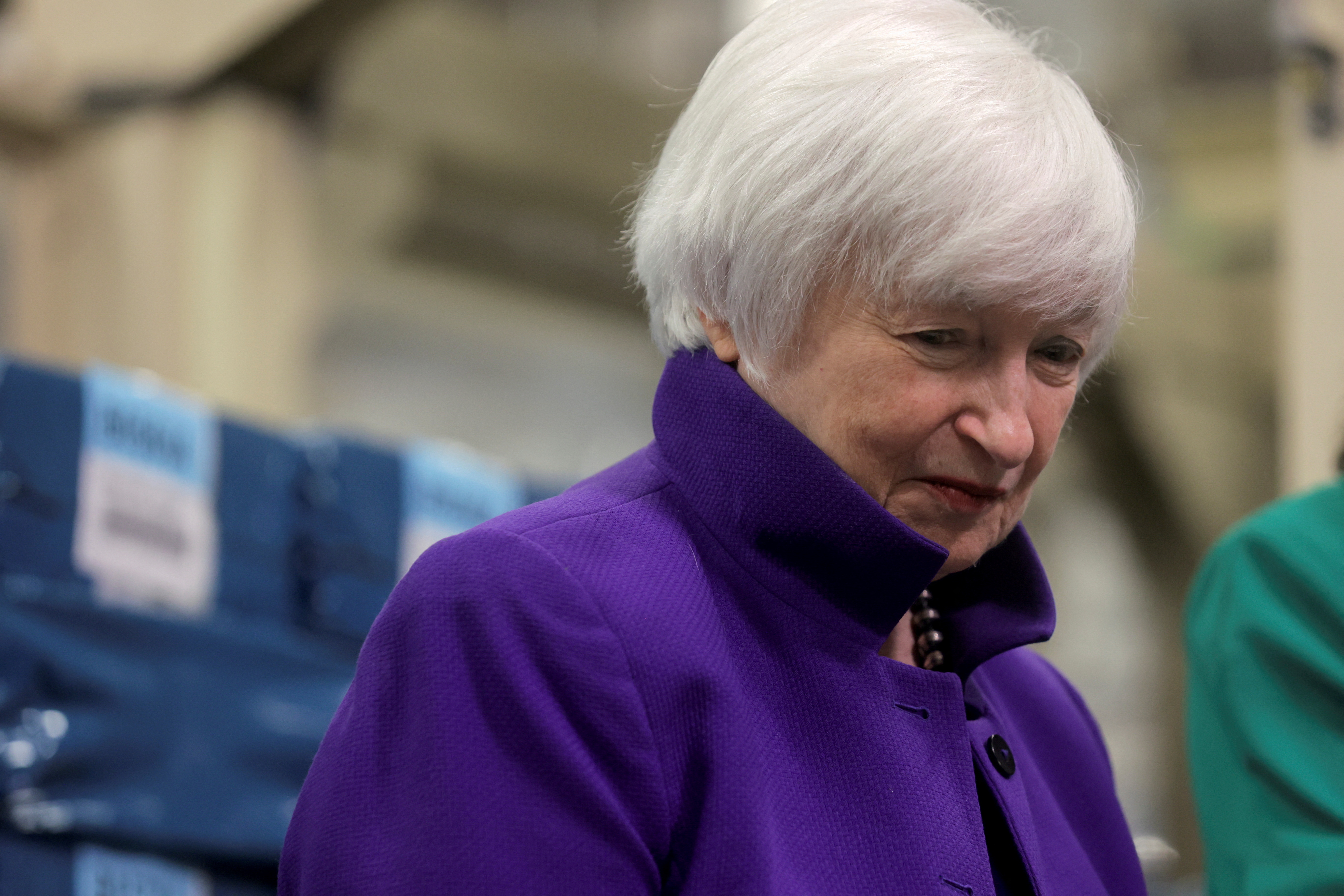 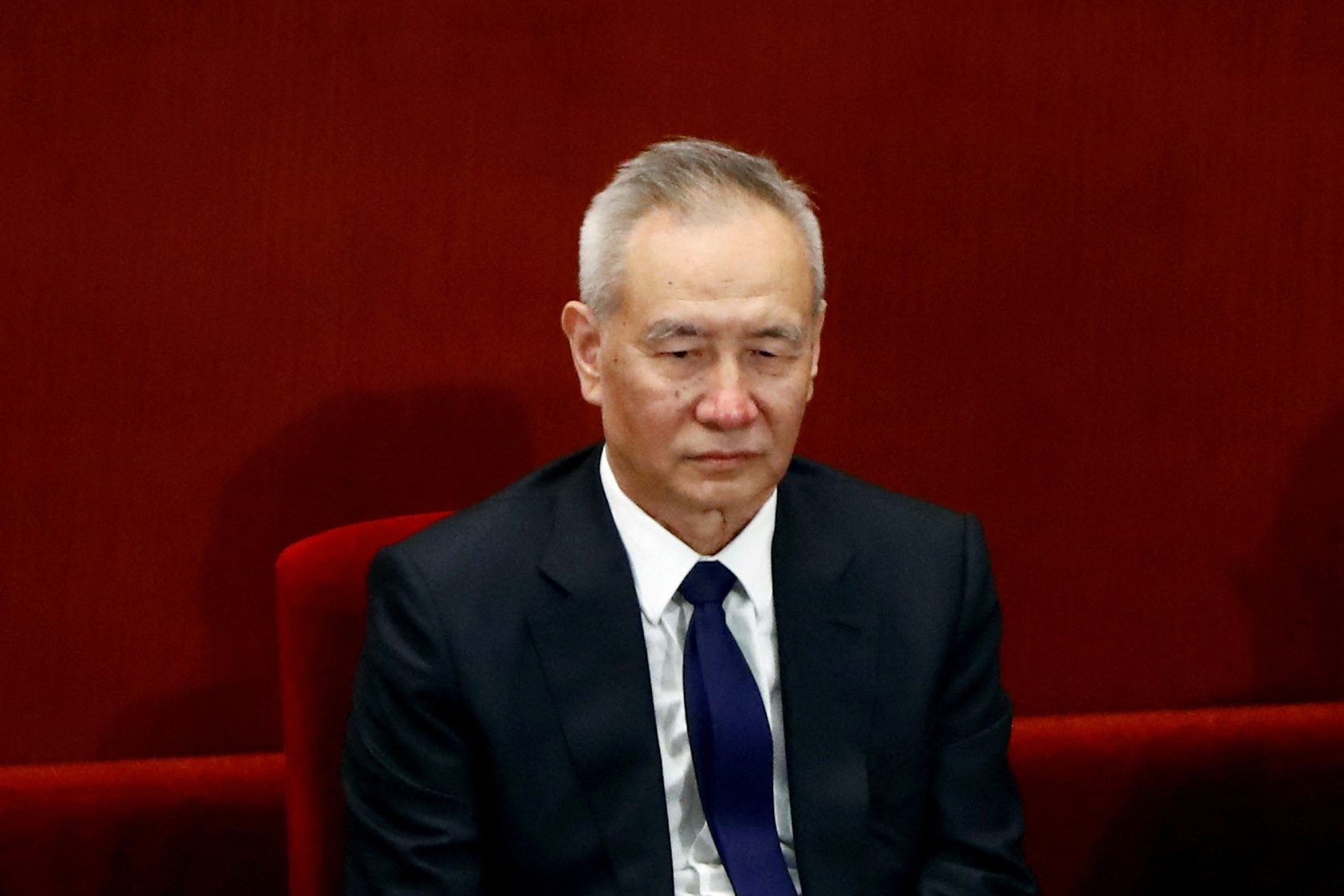 Chinese Vice Premier Liu He attends the closing session of the Chinese People’s Political Consultative Conference (CPPCC) at the Great Hall of the People in Beijing, China May 27, 2020. REUTERS/Thomas Peter/Pool/File Photo