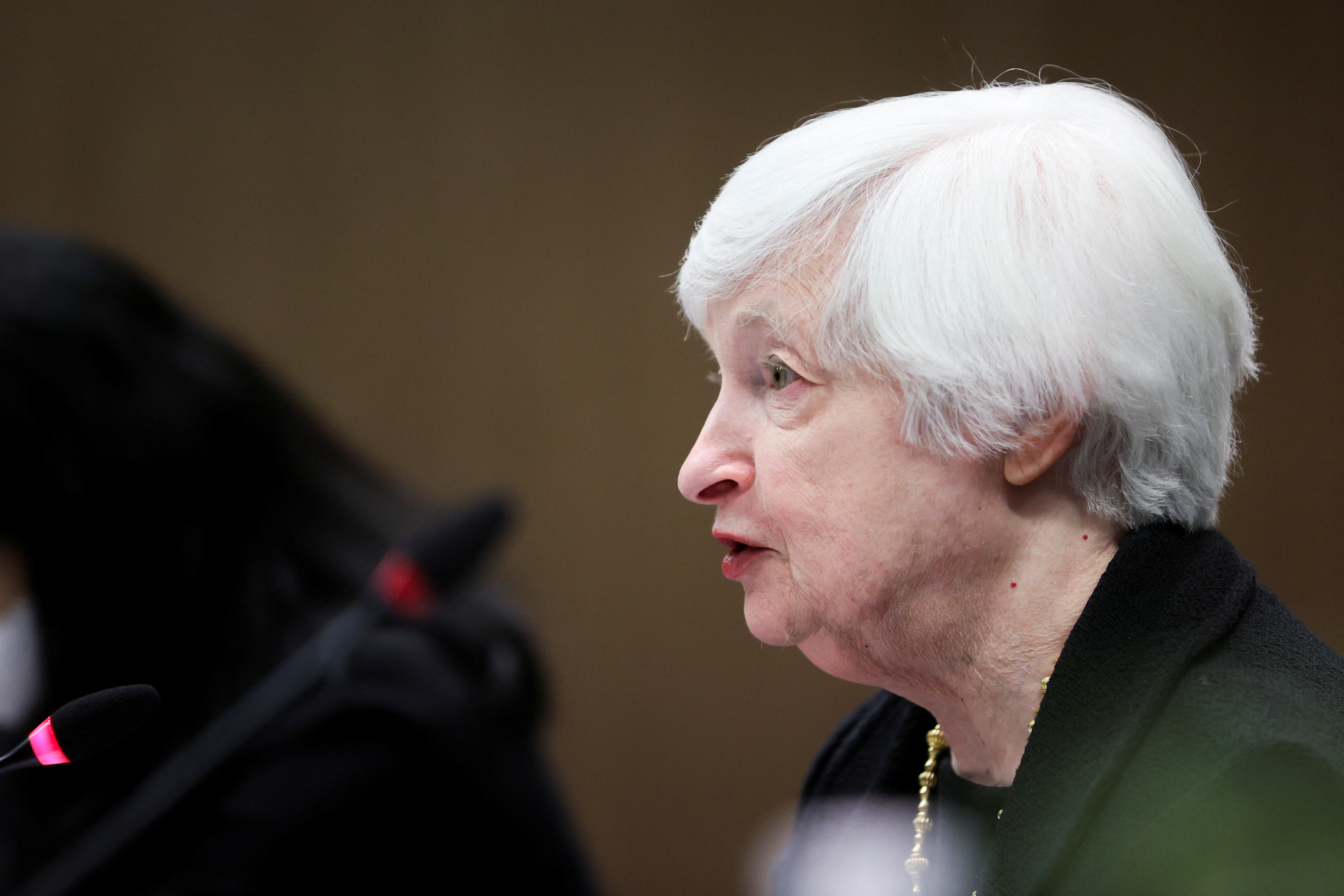 U.S. Treasury Secretary Janet Yellen will kick off a year of visits by top U.S. officials to Africa on Friday with a firm pledge of partnership and investment, eyeing the massive economic opportunities created by Africa’s demographic boom.

In a speech to be delivered at a business event in Dakar on Friday, Yellen maps out a vision for strengthening U.S.-African ties after decades in which America’s strategic rival China dominated lending and investment across the continent.

Yellen’s three-country trip – with other stops planned in Zambia and South Africa – comes after a lengthy meeting with Chinese Vice Premier Liu He in Zurich on Tuesday, where both sides underscored the need for greater coordination on global challenges such as climate change and food security.

U.S. officials insist increased engagement by President Joe Biden and U.S. officials aims to deepen existing ties with Africa, but they are also pitching what they say is a more sustainable alternative to China’s collateralized loans and non-market approach.

For their part, African nations say they are keen for increased investment and resources, at a time when tightening financial conditions and the appreciating U.S. dollar have raised the cost of servicing existing debt, and fiscal spending has been stretched by COVID and higher inflation.

But some remain skeptical of a Cold War scenario that forces them to choose sides, said one industry leader.

In her remarks, Yellen will underscore the message delivered by Biden at last month’s Africa Leaders Summit in Washington: “The United States is all in on Africa, and all in with Africa.”

“The United States is here as a partner to help Africa realize its massive economic potential at home and advance its growing leadership abroad,” Yellen said in the prepared remarks.

“Our engagement is not transactional, for show, or for the short-term. We are here to work with you as friends and partners for the long haul — through moments of stress and times of opportunity,” she said, without directly mentioning China.

Chinese trade with Africa is about four times that of the United States, and Beijing rapidly expanded its lending by offering cheaper loans, although the opaque terms and collateral requirements are now being questioned by some African countries.

Yellen has criticized Beijing – now the world’s largest creditor – for dragging its heels in restructuring the debt of Zambia and other poor countries in Africa, an issue Treasury officials said they raised during Tuesday’s meeting with Liu.

The U.S. Treasury secretary will highlight the opportunities presented by Africa’s young and booming population, with Africans projected to make up a quarter of the world’s population in less than 30 years and its people becoming more educated, urbanized, and connected to the rest of the world.

China this week reported its first population drop in six decades. By contrast, the number of Sub-Saharan Africans reaching working age will exceed that of the rest of the world combined by 2035, presenting big opportunities for growth, but also bigger markets for U.S. goods, Yellen said.

That in turn will means “more investment opportunities for American firms that are already creating jobs on the continent. This can be a win-win for our economies,” she said.

Yellen cited $11 billion in commitments by the U.S. Development Finance Corp and $3 billion in programs by the Millennium Challenge Corp in 14 African countries, with more in the pipeline. The Group of Seven advanced economies also planned to mobilize some $600 billion for global infrastructure investments over the next five years, she said.

Biden also last month backed the addition of the African Union as a permanent member of the Group of 20 major economies.

“African countries firmly belong at the table. Their communities are disproportionately vulnerable to the effects of global challenges. And any serious solution requires African leadership and African voices,” Yellen said.