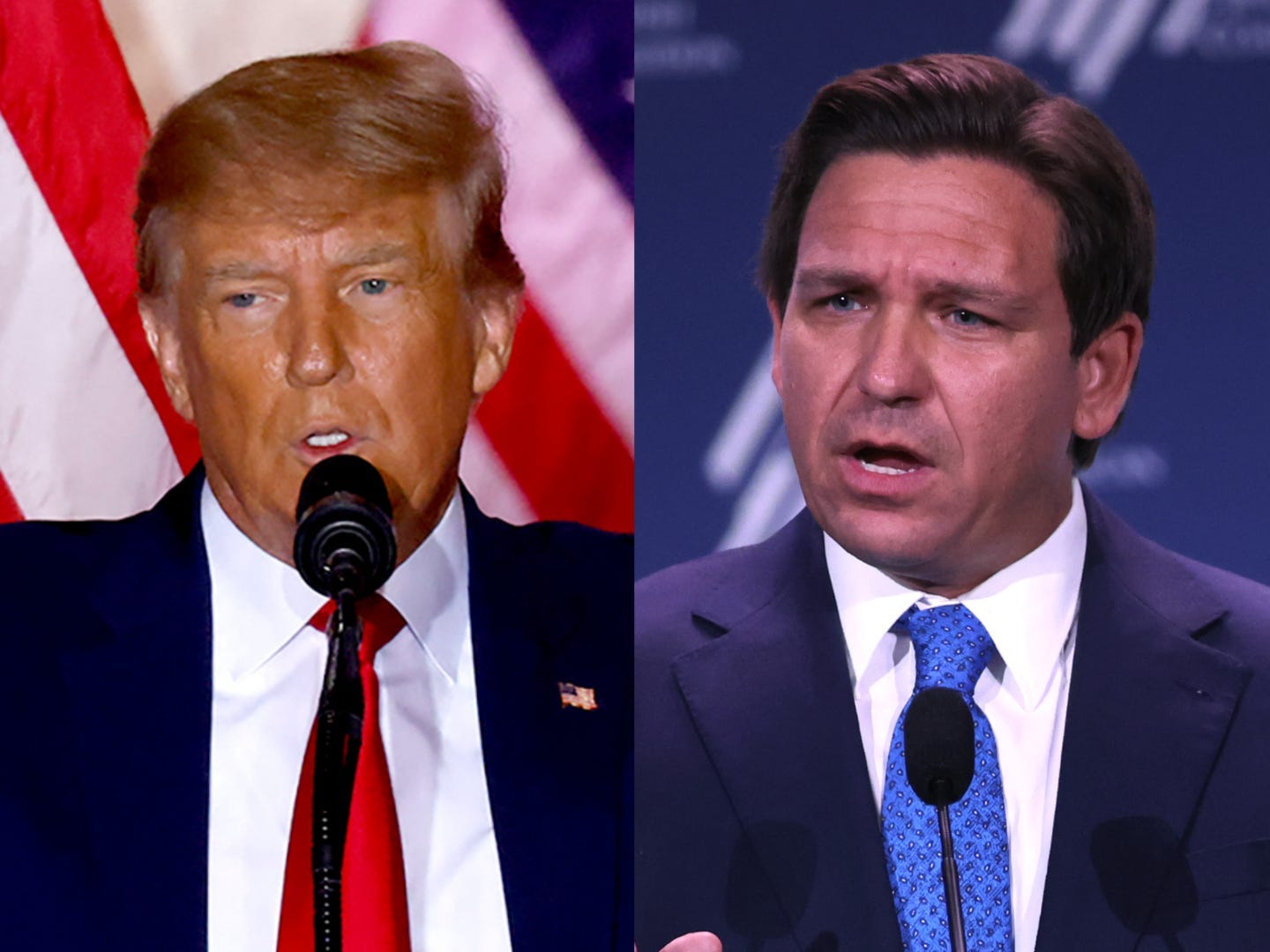 Former President Donald Trump is gearing up for a fight with his would-be 2024 rival, Florida Gov. Ron DeSantis, per a new report from Rolling Stone.

The media outlet spoke to three people familiar with the Trump team’s plans. Two of the three sources told Rolling Stone that in the last few weeks, Trump has on several occasions asked close aides: “What else do we have on Ron?”

The former president is looking for an attack plan that could kick DeSantis “in the nuts,” per another Rolling Stone source close to Trump. This plan, per Rolling Stone’s sources, includes hitting DeSantis on his likeability. The Trump team is also looking to frame DeSantis as an establishment figure — someone with ties to shadowy political power players.

“It’s going to be tricky because Trump is the establishment now,” Kochel told Rolling Stone. “He’s the one who ran an administration, recruited a bunch of candidates to look and sound like him. The way Trump went after Marco Rubio and Jeb Bush, I do not believe that’s going to work against Ron DeSantis.”

Rolling Stone’s report on the Trump camp’s DeSantis strategy comes after Trump sounded a warning to his prospective rival.

On Monday, Trump called into the conservative podcast “The Water Cooler.” On DeSantis, Trump said: “So now I hear he might want to run against me. So we’ll handle that the way I handle things.”

Trump has announced his 2024 run. DeSantis has not, but he has hinted that he might run for president. During a debate in October, DeSantis did not commit to serving another four full years as Florida’s governor.

However, Trump has already started insulting DeSantis. In November, Trump dubbed the governor “Ron DeSanctimonious” during a rally and blasted him as “average” on social media.

DeSantis, meanwhile, has refrained from hitting back. At a November 16 press conference, DeSantis told people to “chill out” about the prospect of a GOP civil war between him and the former president.

Representatives for DeSantis and a spokesperson at Trump’s post-presidential office did not immediately respond to requests for comment.

Home » Shared Links And Posts - trumpinvestigations.net » Trump is asking advisers what they ‘have’ on Ron DeSantis so he can eliminate him as competition for 2024: report
a