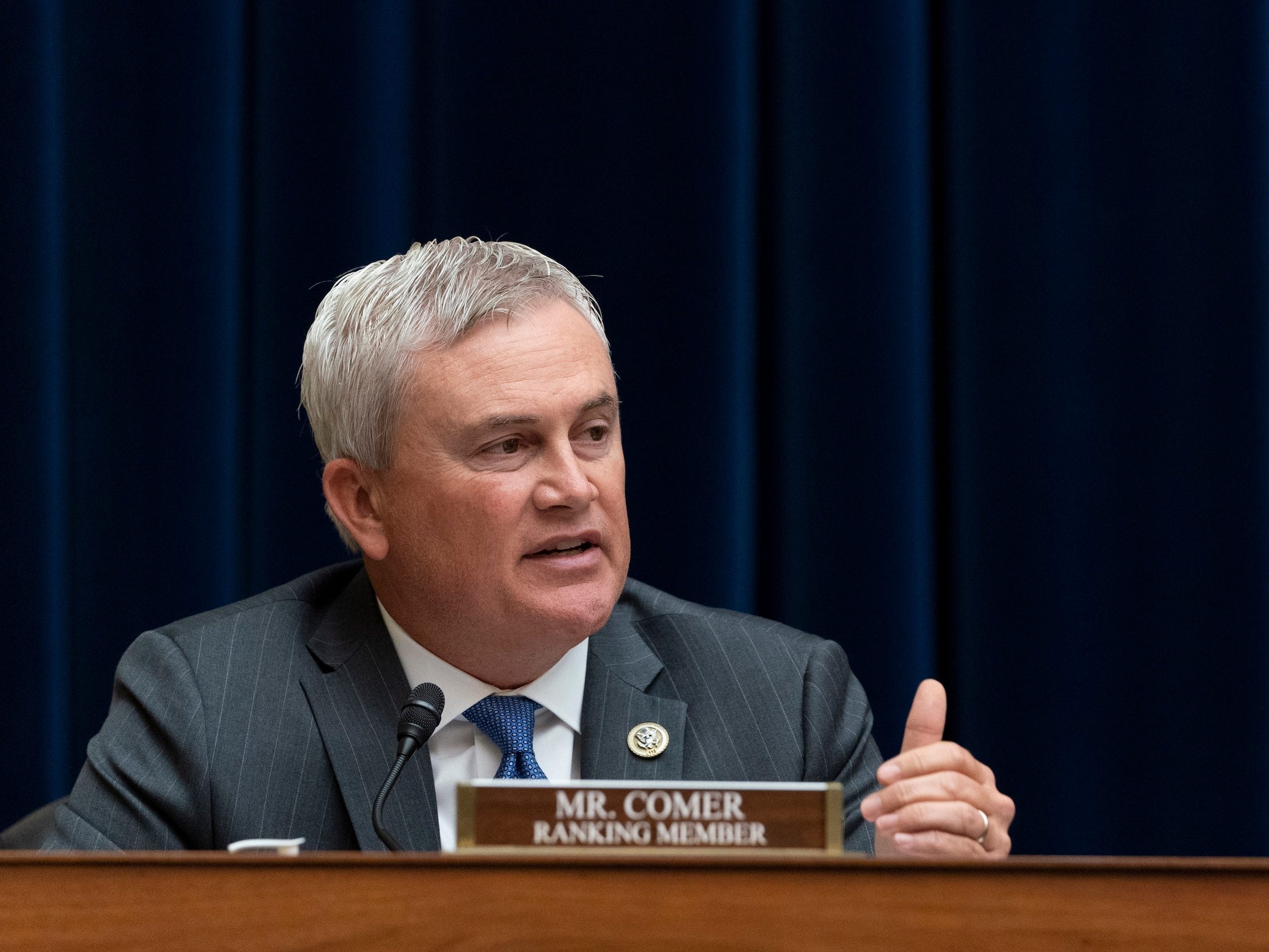 GOP Rep. James Comer of Kentucky called out his fellow congressman George Santos of New York but didn’t blatantly call for him to step down.

During an interview on CNN’s “State of the Union” on Sunday, host Jake Tapper asked Comer about Santos amid growing calls to resign from Democrats and a few Republicans.

“He’s a bad guy. This is something that it’s really bad. He’s not the first politician, unfortunately, to make it to Congress to lie. Elizabeth Warren wasn’t truthful about her ethnicity. I could go on and on,” Comer said, referring to the controversy surrounding the Massachusetts senator’s ancestry.

Recent reports have uncovered that Santos may have shared a slew of alleged misrepresentations about his background, including his employment, religious background, and education. In addition, the congressman is facing allegations of campaign financial-related violations, as Insider reported.

Speaking with CNN, Comer said he has not formally introduced himself to Santos, calling his falsehoods “pretty displaceable,” however, similarly to fellow Republican Matt Gaetz, added that “it’s not up to me or any other member of Congress to determine whether he could be kicked out for lying.”

“George Santos was duly elected by the people. He’s going to be under strict ethics investigation, not necessarily for lying, but for his campaign finance potential violations,” Comer told CNN. “So I think that Santos is being examined thoroughly. It’s his decision whether or not he should resign. It’s not my decision.”