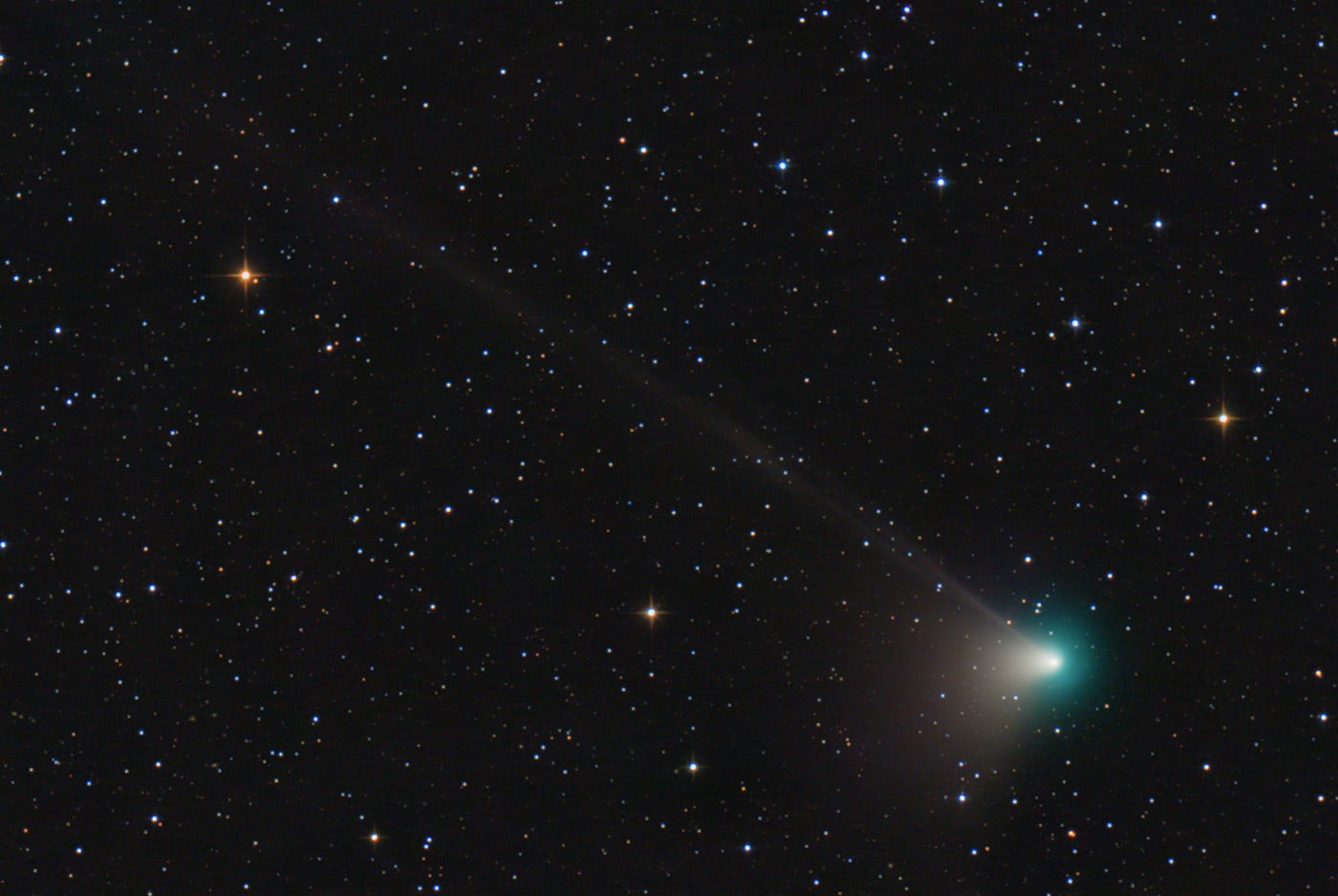 Courtesy of Chris and Dawn Schur

A rare green comet is passing Earth, and this could be humanity’s last chance to see it. Stunning photos are already revealing what you might see if you look to the pre-dawn skies and spot the ball of frozen gas and dust shooting past.

Formally, the comet is called C/2022 E3 (ZTF), named for the Zwicky Transient Facility, which first discovered it in March. But skywatchers call it Comet ZTF for short.

This icy cosmic passerby is painting a green streak across the sky until the first few days of February. You probably need binoculars to spot it, or even a telescope, under dark skies far from city lights.

If you catch Comet ZTF with a telescope, you could see something like this: 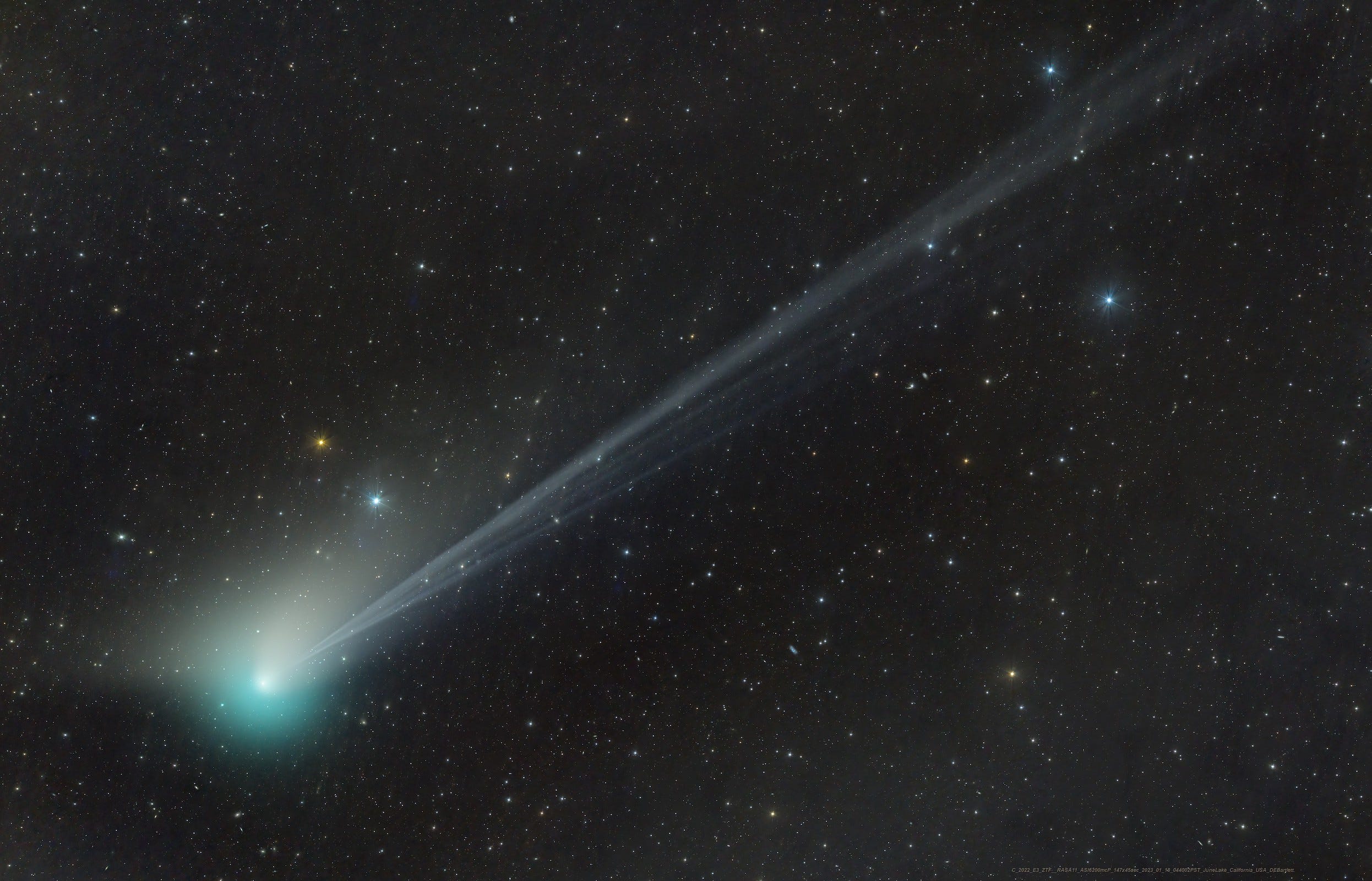 Many comets glow green like this. Laboratory research has linked this aura to a reactive molecule called dicarbon, which emits green light as sunlight decays it.

Though green comets occasionally pass Earth, this one won’t return for about 50,000 years, if ever. That’s how long it takes Comet ZTF to orbit the sun, which means that Neanderthals still walked the Earth when it last whizzed by, during the last Ice Age. 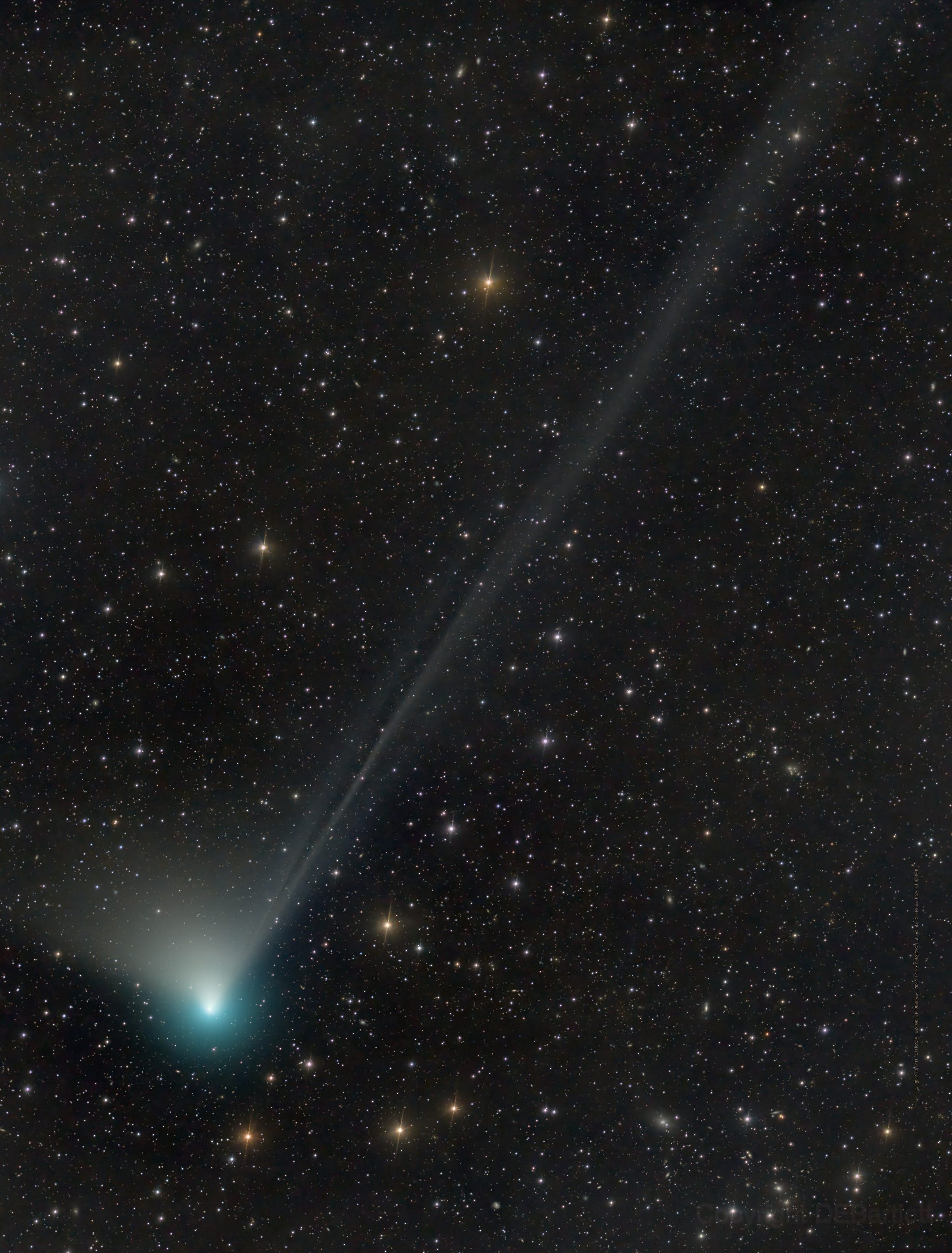 “We like viewing and photographing the comet because bright ones are not only rare, but beautiful like this one. The tails of comets are never two alike,” Chris Schur, an amateur astronomer and night-sky photographer in Arizona, told Insider in an email. “[Comets] move amongst the stars from night to night, making them a challenge sometimes to just find.”

Astronomer Gianluca Masi captured the footage below of Comet ZTF, with its moving background of stars, during a live feed of his telescope observations: 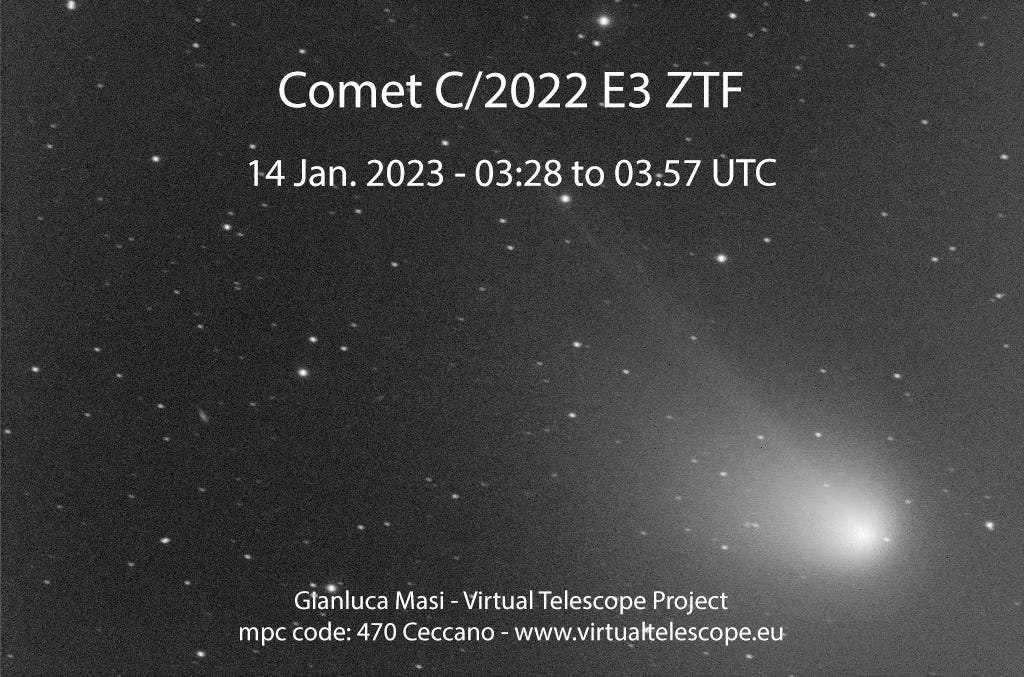 “Observing such an ‘icy world’ is always very fascinating,” Masi told Insider via email. “Comet C/2022 E3 ZTF reminds us, with its beauty, that those objects are the most elegant ones up there and we cannot simply miss the opportunity to have a look.”

Want to see the green comet yourself? Go to a place with dark skies, far from city lights, and look toward the North Star, Polaris, before dawn. Use a telescope if you can, or at least bring binoculars. Unless you’re under very, very dark skies, the comet probably won’t be visible to the naked eye.

According to EarthSky.org, the comet is carving a path past the constellations Boötes and Hercules. Closer to January 30, the green space snowball will appear near Polaris and earlier in the evening.

Home » Shared Links And Posts - trumpinvestigations.net » See the rare green comet in pictures so you know what to look for in the sky
a