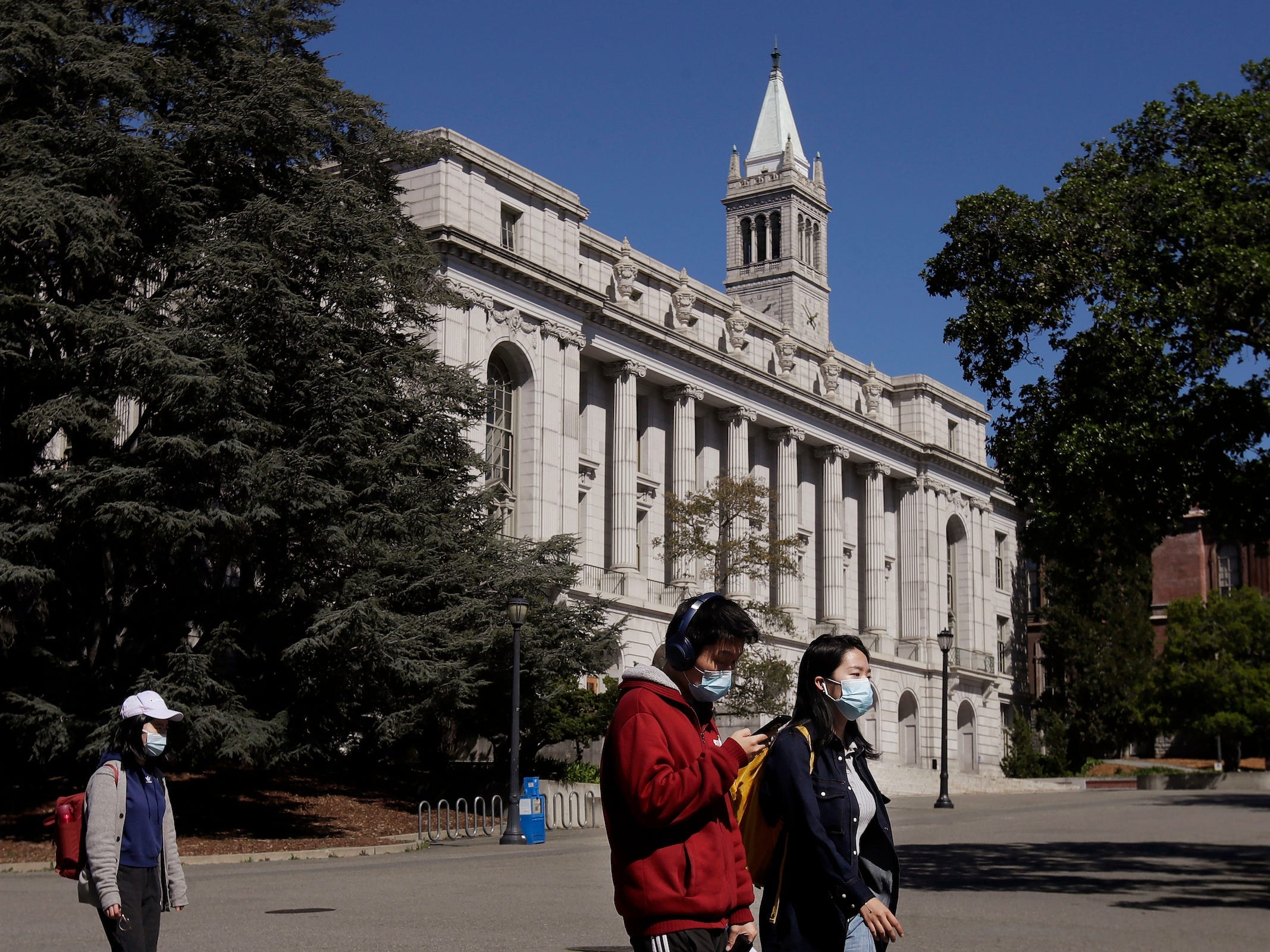 People walk past Wheeler Hall on the University of California campus in Berkeley.

Human skeletal remains were discovered in a vacant residential building at the University of California, Berkeley, on Tuesday.

It’s unknown how long the remains have been there.

The UC Berkeley Police Department did not immediately respond to Insider’s request for further information. But the police told CNN in a statement that “there are no outstanding cases of missing individuals from the campus community” and that the building where the remains were found “has not been occupied for many years.”

A police report indicates the remains were found in an old residential and theater building on the university’s Clark Kerr campus, which is about a mile away from the main campus, and hosts many of the university’s sports facilities.

“Although the remains are skeletonized, it is not clear how many years they have been there,” a University of California, Berkeley spokesperson said in a statement shared with ABC News.

Both the UCPD and the Alameda County Coroner’s Office have opened investigations into the remains, according to CNN.