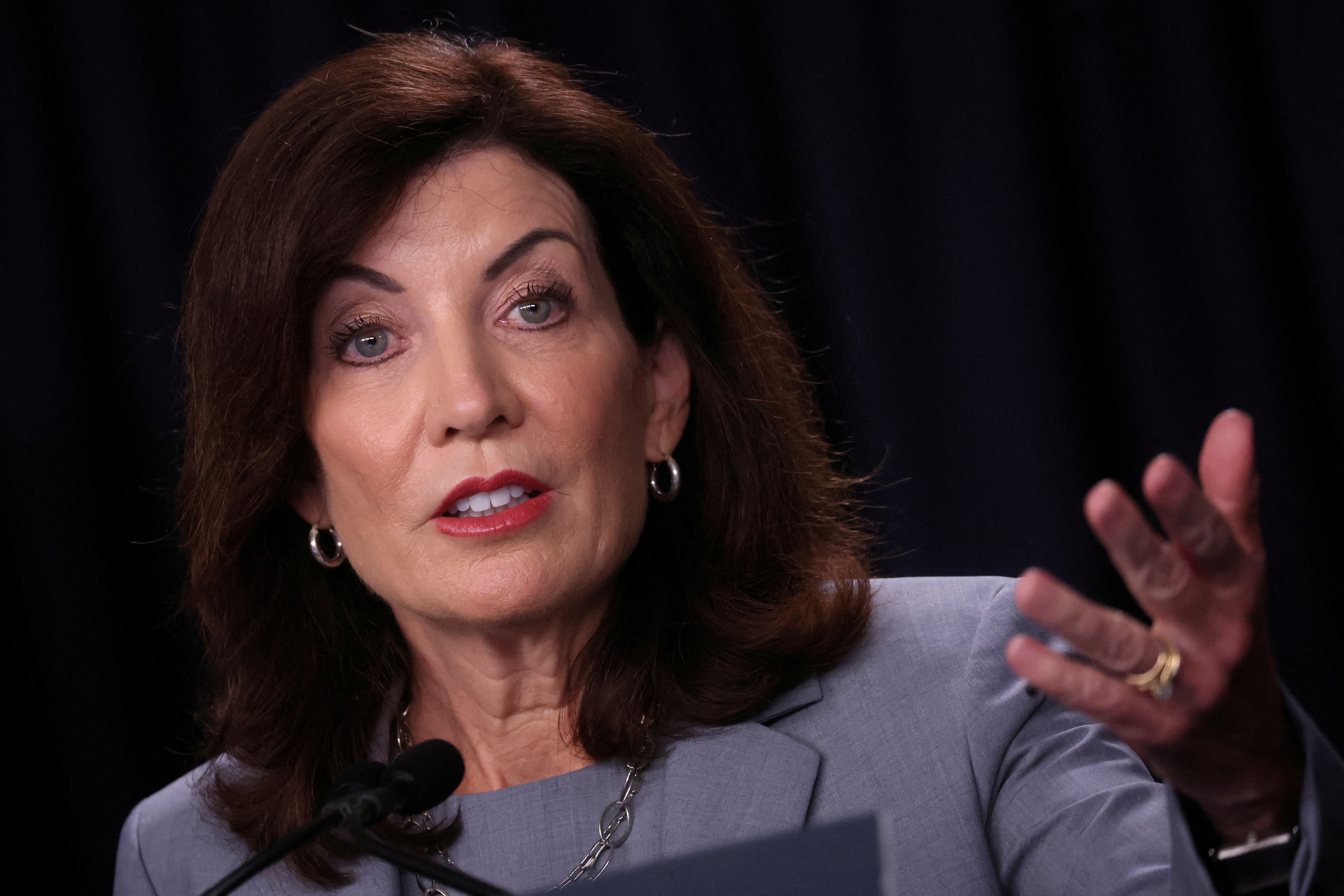 A New York state Senate panel on Wednesday rejected Democratic Governor Kathy Hochul’s nominee to become the state’s chief judge after some lawmakers and advocacy groups expressed concerns he was too conservative for the job.

The Democrat-led Senate Judiciary Committee voted 10-2 against sending the nomination of Hector LaSalle, the presiding justice of a Brooklyn-based state appeals court, to the full Senate for a confirmation vote.

Seven other senators voted to send the nomination to the Senate floor “without recommendation.”

The vote sets up a potential legal battle between Senate leadership and Hochul, who has said she could sue to force a confirmation vote.

LaSalle faced sharp questions from Democratic senators during a five-hour confirmation hearing about his decisions that they said show a bias toward prosecutors, employers and an anti-abortion group.

LaSalle, 54, said his critics have mischaracterized his record and that in those cases he was merely applying the law and existing court precedent.

“The person they describe, I do not recognize,” the Long Islander said.

LaSalle said that as a Puerto Rican from a working-class background, he understood the need for the legal system to protect marginalized communities. If confirmed, LaSalle would be New York’s first Latino chief judge.

He said he supports a woman’s right to make reproductive choices, workers’ ability to unionize and the constitutional rights of people accused of crimes.

Hochul chose LaSalle last month from a list of seven candidates, several of whom have more liberal records and were supported by progressive lawmakers and advocacy groups.

LaSalle was a prosecutor for 15 years before becoming a judge in 2008.

New York’s chief judge heads the seven-member Court of Appeals, which has the final say in interpreting state laws, and oversees the state court system.

While Democrats have a strong hold on state government, the Court of Appeals has leaned conservative since former Chief Judge Janet DiFiore joined in 2016. DiFiore stepped down last year.

Hoylman said during the hearing that a thorough vetting of LaSalle was necessary amid the rightward shift of the U.S. Supreme Court and other federal courts under Republican then-President Donald Trump.

Republicans on the committee defended LaSalle and suggested that some Democrats came out against his nomination to score political points.

“You do not come across as a right-wing conservative nut,” said Senator Andrew Lanza, a Republican from the New York City borough of Staten Island.

The Judiciary Committee has only voted down a governor’s candidate for a Court of Appeals seat one other time, but in that case the Senate still confirmed the nominee.