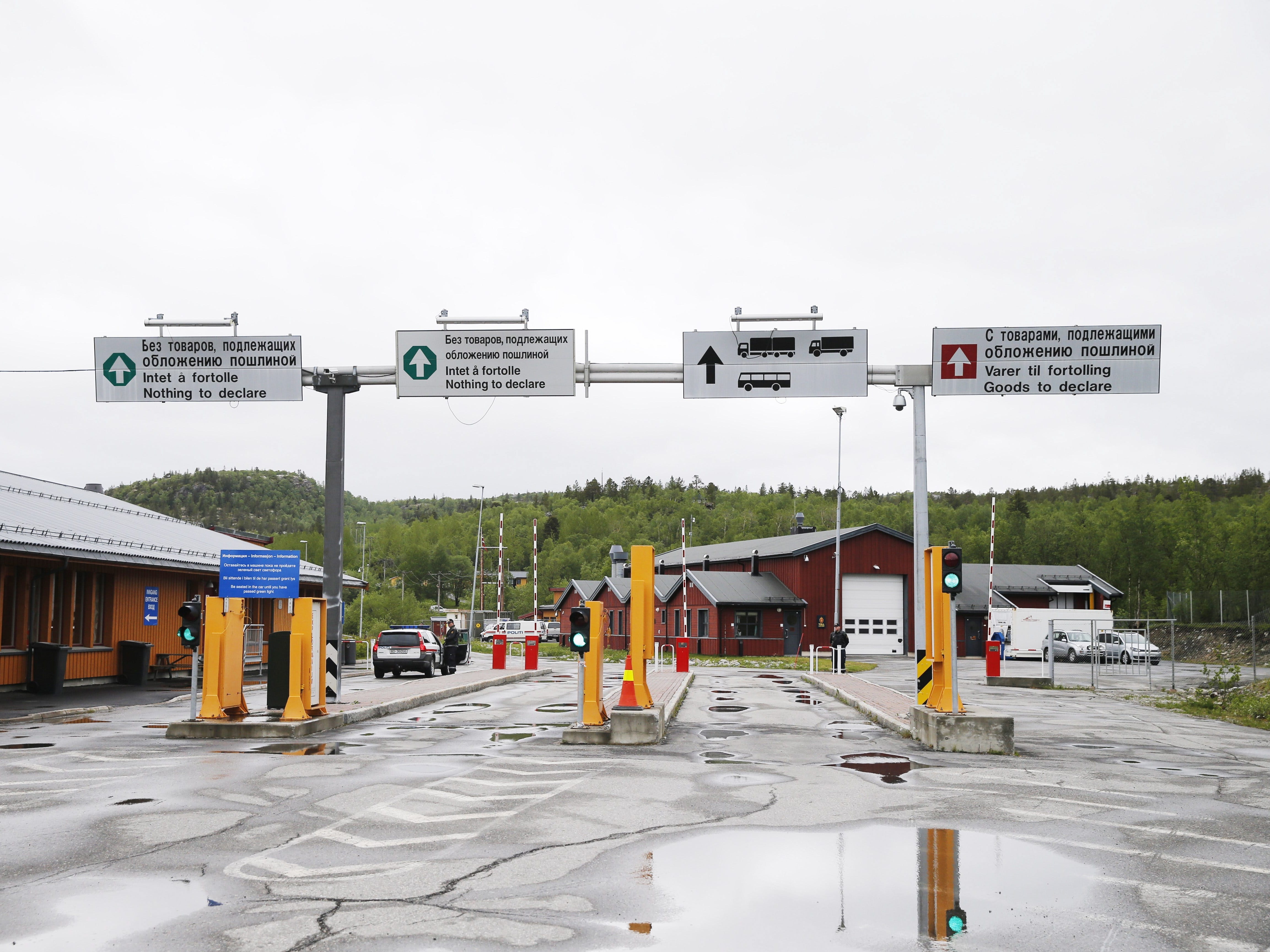 The border crossing between Norway and Russia.

A commander in the notorious Wagner Group, which has been accused of war crimes in Ukraine, is seeking asylum in Norway, and his lawyer said he’s willing to blow the whistle on the actions of the infamous private mercenary army.

The Associated Press was the first to report that Andrey Medvedev fled Russia last week and is now seeking shelter in Norway, citing confirmation from the Norwegian Directorate of Immigration.

Medvedev’s Norwegian lawyer, Brynjulf Risnes, confirmed in a call with Insider on Monday that Medvedev was in the country and seeking asylum.

Risnes told Insider that Medvedev enlisted with the Wagner Group last summer. He wanted to leave the group at the end of his four-month contract, which was due to expire in November, but feared it would be indefinitely extended without his consent, his lawyer said.

“He saw no other option but to run away,” Risnes added.

Last week, Medvedev illegally crossed the border into Norway, having been in hiding in Russia for more than a month.

Medvedev is now seeking asylum because he “fears retribution and, actually, for his life,” his lawyer said.

According to his laywer, Medvedev has already spoken to Norwegian immigration authorities and intends to cooperate in any investigations pertaining to possible war crimes committed by the Wagner Group in Ukraine.

He added that Medvedev intends to share “everything he knows about the way the Wagner Group works on the inside,” including potentially with the International Criminal Court in The Hague.

The Wagner Group, which is increasingly recruiting from Russian prisons, is alleged by a variety of organizations to have committed actions in Ukraine that would constitute war crimes.

Ukrainian prosecutors say that Wagner Group mercenaries killed and tortured civilians near Kyiv in April 2022, while the German foreign-intelligence service said it has evidence that the group’s mercenaries massacred civilians in Bucha, Ukraine, in March 2022.

Its mercenaries have previously been accused of raping women in a maternity ward in the Central African Republic and of deliberately targeting civilians in Mali.

The group’s brutal tactics aren’t limited to those on the opposite side of the conflict.

In December, Medvedev told The Insider, a Latvia-based media outlet that is not affiliated with this publication, that he knew of ten cases in which the Wagner Group had executed mercenaries who refused to take part in combat.

He added that he was present at several killings and claimed to have video evidence of two prisoners being executed by the group for refusing to fight in Ukraine.

The Wagner Group has previously been deployed in Libya, Syria, and in other destinations across the world.

Home » Shared Links And Posts - trumpinvestigations.net » Former Russian mercenary commander fled to Norway and is willing to give evidence of its worst crimes in Ukraine, lawyer says
a