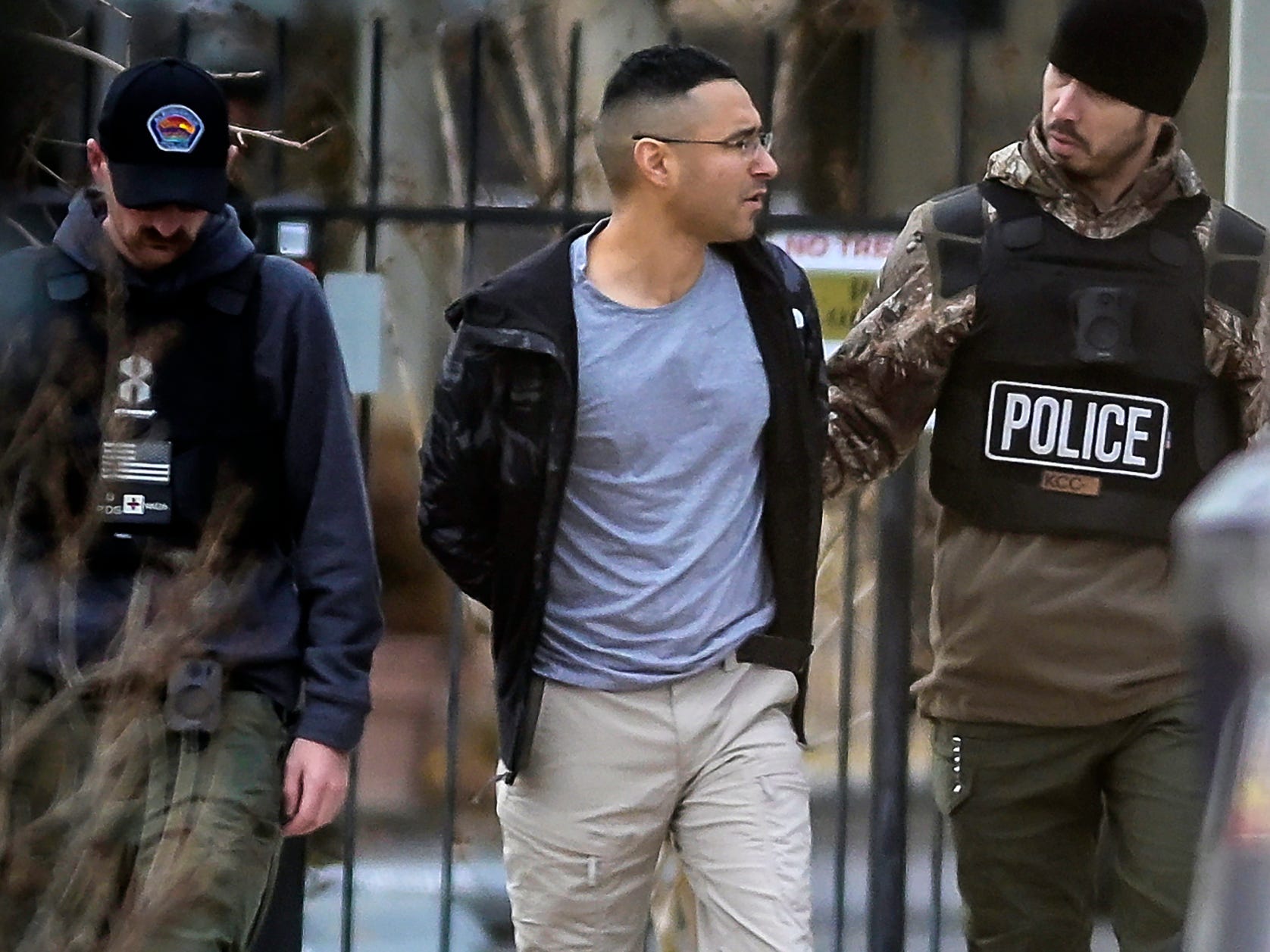 Solomon Pena, a Republican candidate for New Mexico House District 14, is taken into custody by Albuquerque Police officers, on January 16, 2023.

The failed New Mexico GOP candidate who police accused of plotting shootings at elected officials’ homes in the state went to their houses shortly after he lost his election and was “erratic” and “aggressive,” some of the targeted officials told NBC News.

Police said failed Republican candidate Solomon Peña was arrested on Monday in connection with the shootings and had gone to the targets’ houses after he lost his local election.

Bernalillo County Commissioner Adriann Barboa told NBC News that Peña showed up at her house right after the November election.

“He was sort of erratic in the points he was trying to make about the election, and about how many doors he knocked on and how the number of votes didn’t match,” Barboa said. She told NBC she called the police following the incident.

“He was at my door and he was aggressive. He was an election denier,” said Barboa.

Barboa’s home was one of the four targeted, Albuquerque police said. She had eight shots fired at her house on December 4, NBC News reported.

Former County Commissioner Debbie O’Malley — another whose home was allegedly targeted by Peña — shared a similar experience with NBC News, saying that Peña first showed up at her former home before tracking her to her new address.

Her house was later hit by 12 bullets overnight on December 11, police said.

“This guy came to my home. I was very concerned about it and it was very unsettling. He was angry about losing the election,” she said. “He felt the election was unfair and untrue.”

O’Malley told NBC that he did not threaten her at the time but she quickly called the police after he came by.

Police believe Pena was the “mastermind” of a plot to shoot at the homes of four Democratic elected officials in the state, including two Bernalillo County commissioners and two state legislators.

New Mexico police accused Peña of hiring four men to carry out the shootings; he may have also personally shot at one of the houses himself.

Police believe Peña was motivated by anger over losing his election, which he lost to incumbent Democrat Miguel P. Garcia by nearly 50% of the vote.

He has previously dubbed himself “the MAGA king” and said he was “researching his options” after his loss, refusing to concede to his opponent in a tweet the day after the election.

Home » Shared Links And Posts - trumpinvestigations.net » ‘MAGA King’ candidate accused of plotting shootings of Democrats’ homes went to their houses and was ‘erratic’ and ‘aggressive’ after he lost his election
a