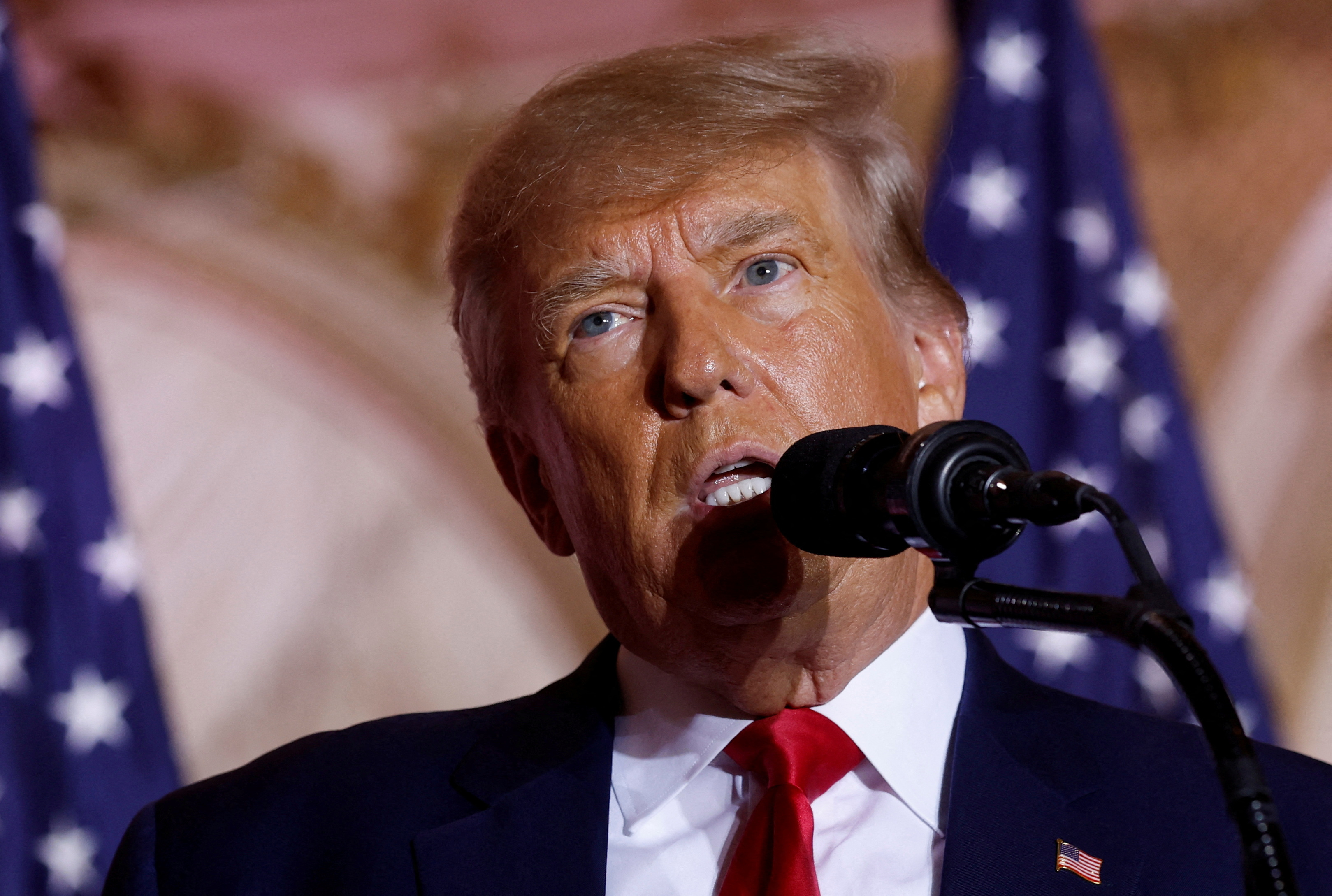 Former U.S. President Donald Trump announces that he will once again run for U.S. president in the 2024 U.S. presidential election during an event at his Mar-a-Lago estate in Palm Beach, Florida, U.S. November 15, 2022. REUTERS/Jonathan Ernst/File Photo

Former U.S. President Donald Trump told Fox News Digital on Wednesday that his campaign was in talks with Meta Platforms (META.O) about a possible return to Facebook and Instagram, two years after the company banned him for inciting violence.

“We are talking to them, and we’ll see how it all works out,” Trump said, according to the report.

“If they took us back, it would help them greatly, and that’s okay with me,” he said. “But they need us more than we need them.”

Trump launched his bid to regain the presidency in 2024 in November.

Meta, the world’s biggest social media company, is set to make a controversial decision on the future of Trump’s accounts this month.

While Trump has shunned Twitter since its decision in November to restore his account, saying he preferred his own Truth Social platform, Trump campaign spokesman Steven Cheung told Fox News Digital on Wednesday that being back on Facebook “will be an important tool for the 2024 campaign to reach voters.”

Meta revoked Trump’s access to Facebook and Instagram after removing two of his posts during the Jan. 6, 2021, U.S. Capitol riot, including a video containing false claims of widespread voter fraud during the 2020 presidential election.

The company’s independent oversight board ruled later in 2021 that the suspension was justified but objected to its indeterminate nature. In response, Meta committed to reviewing the suspension two years after it began.

“If we determine that there is still a serious risk to public safety, we will extend the restriction for a set period of time and continue to re-evaluate until that risk has receded,” Meta VP of Global Affairs Nick Clegg wrote at the time.