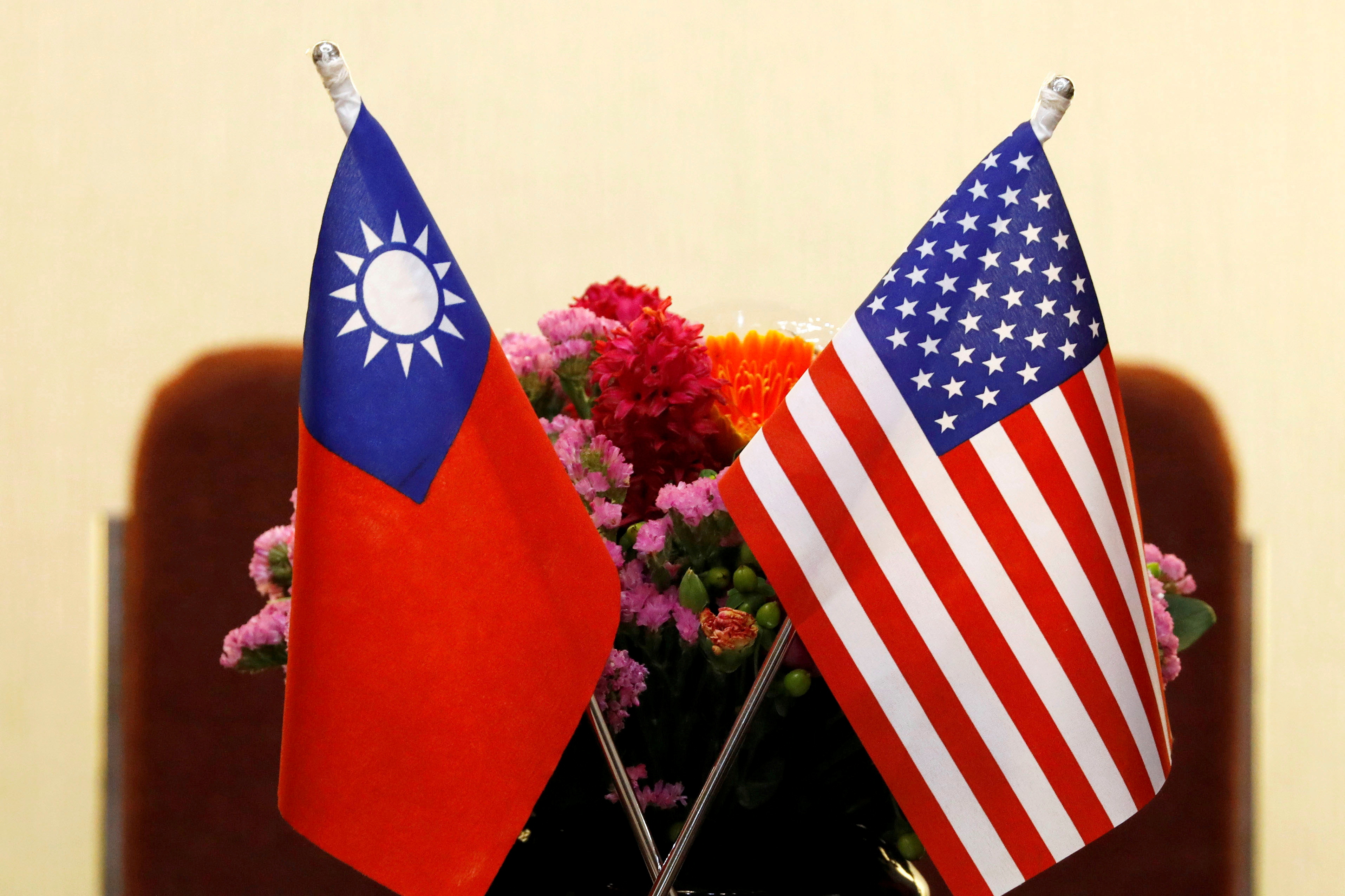 Flags of Taiwan and U.S. are placed for a meeting in Taipei, Taiwan March 27, 2018. REUTERS/Tyrone Siu/File Photo

The United States and Taiwan concluded four days of trade negotiations on Monday and reached consensus on a number of areas related to trade facilitation, anti-corruption, small and medium-sized enterprises and regulatory practices, the U.S. Trade Representative’s office said.

The first major negotiating round of the U.S.-Taiwan Initiative on 21st Century Trade saw the two sides exchange texts on those areas in Taipei, USTR said in a statement.

“Officials also reached consensus in a number of areas and pledged to maintain an ambitious negotiating schedule in the months ahead to continue this momentum,” USTR said.

The talks, which do not include any tariff reductions or traditional market access enhancements, aim to reach agreements with “economically meaningful” outcomes and will include discussions on China’s “economic coercion,” according to a Taiwan official. Taiwan last year was excluded from a broader U.S. trade initiative covering Indo-Pacific countries that also focuses on non-tariff issues.

USTR said that the trade texts exchanged during the Taipei negotiating round “follow through on the two sides’ shared commitment to pursue a high-ambition trade initiative” that would “strengthen and deepen economic and trade ties.”

The USTR statement did not include a specific date for the next round of negotiations, saying that this would be revealed at a later date.

Any agreements reached between the United States and Taiwan would not need approval by the U.S. Congress, but USTR said congressional staff attended the meetings and were briefed by USTR officials throughout the talks.