KYIV (Reuters) – Russia is stepping up its use of S-300 and S-400 air defence systems to conduct strikes on ground targets, suggesting that Moscow’s stocks of ballistic missiles are running low, Ukraine’s Air Force spokesman said on Monday. 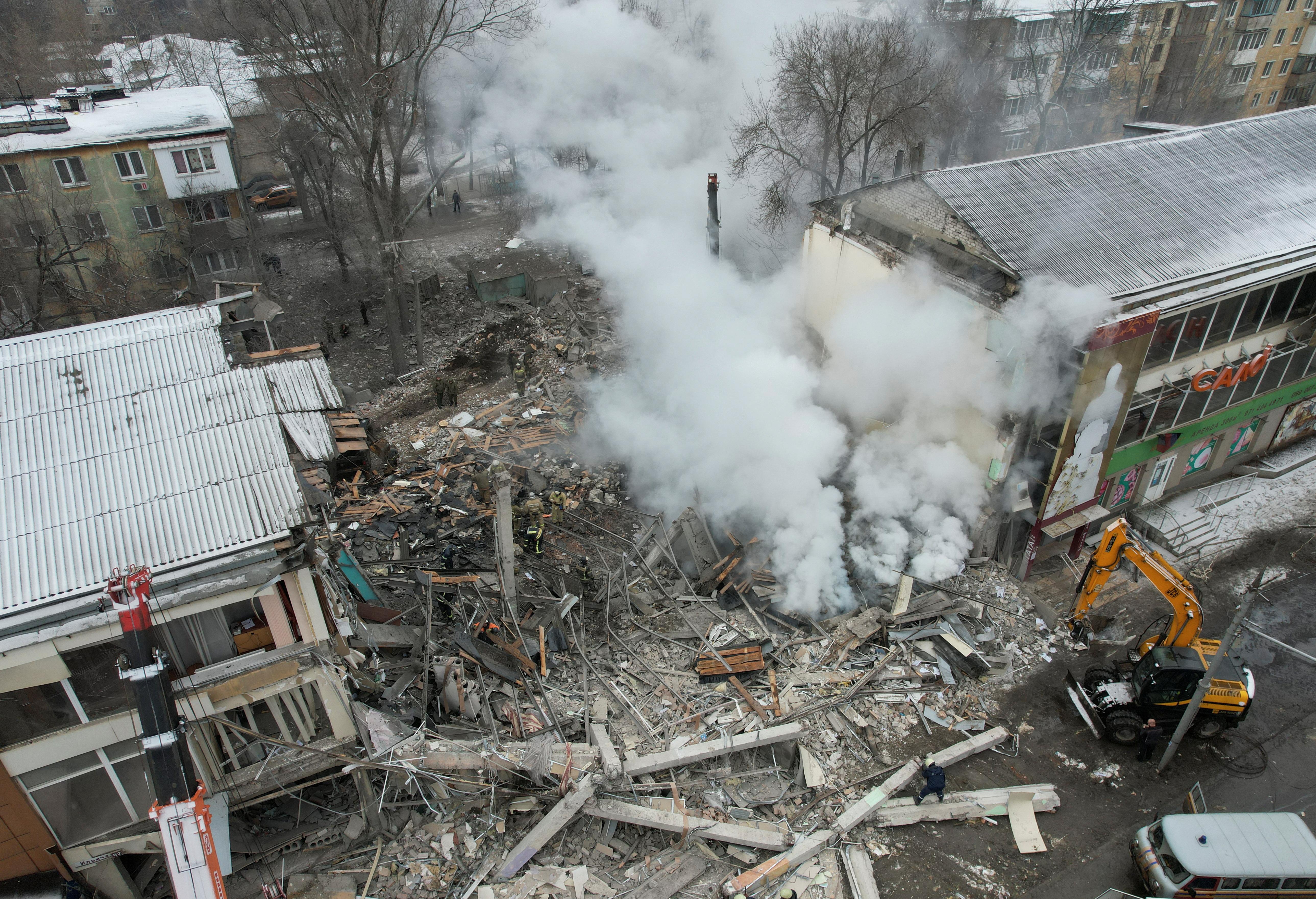 FILE PHOTO: Emergency personnel work among debris at the site where a building was heavily damaged in recent shelling in the course of Russia-Ukraine conflict in Donetsk, Russian-controlled Ukraine, January 16, 2023. REUTERS/Pavel Klimov

The official, Yuriy Ihnat, cited Ukrainian intelligence as claiming that Russia had fewer than 100 modern Iskander ballistic munitions left. He said Russia was, instead, using its S-300 and S-400 systems because of an abundance of munitions.

“The enemy is trying to use their potential, because there are many S-300 missiles already manufactured, (Russia) is a manufacturer of these missiles, and they are already using them in this way,” he told a briefing in Kyiv by video link.

Britain’s Ministry of Defence said last month that Russia had likely expended a large portion of its stocks of SS-26 Iskander short-range ballistic missiles, which can carry a 500kg warhead up to 500 km (310 miles).

Russia’s Ministry of Defence has not commented on the claims, which could not be independently verified.

Dwindling stocks of weaponry could become key issues for both sides in a war that has raged for almost 11 months and appears set to continue.

The S-300 system belongs to a family of surface-to-air missiles that were originally developed by the Soviet Union. It was first put into operation in the late 1970s after a decade of development.

They are used by both Ukraine and Russia, although the latter has far more systems in its inventory.

Moscow developed the S-400 system to replace the ageing S-300 system in 2007. Ihnat said Russian forces preferred to use the more plentiful S-300s against ground targets, although S-400s were also being utilised in this way.

He said the S-300s can be used against ground targets up to 150 km away and presented a threat to Ukraine.

“S-300s are a threat, and of course we won’t have enough systems from the West … to shoot down every S-300 in the air. We need to destroy them at the positions from which they are fired,” he said.