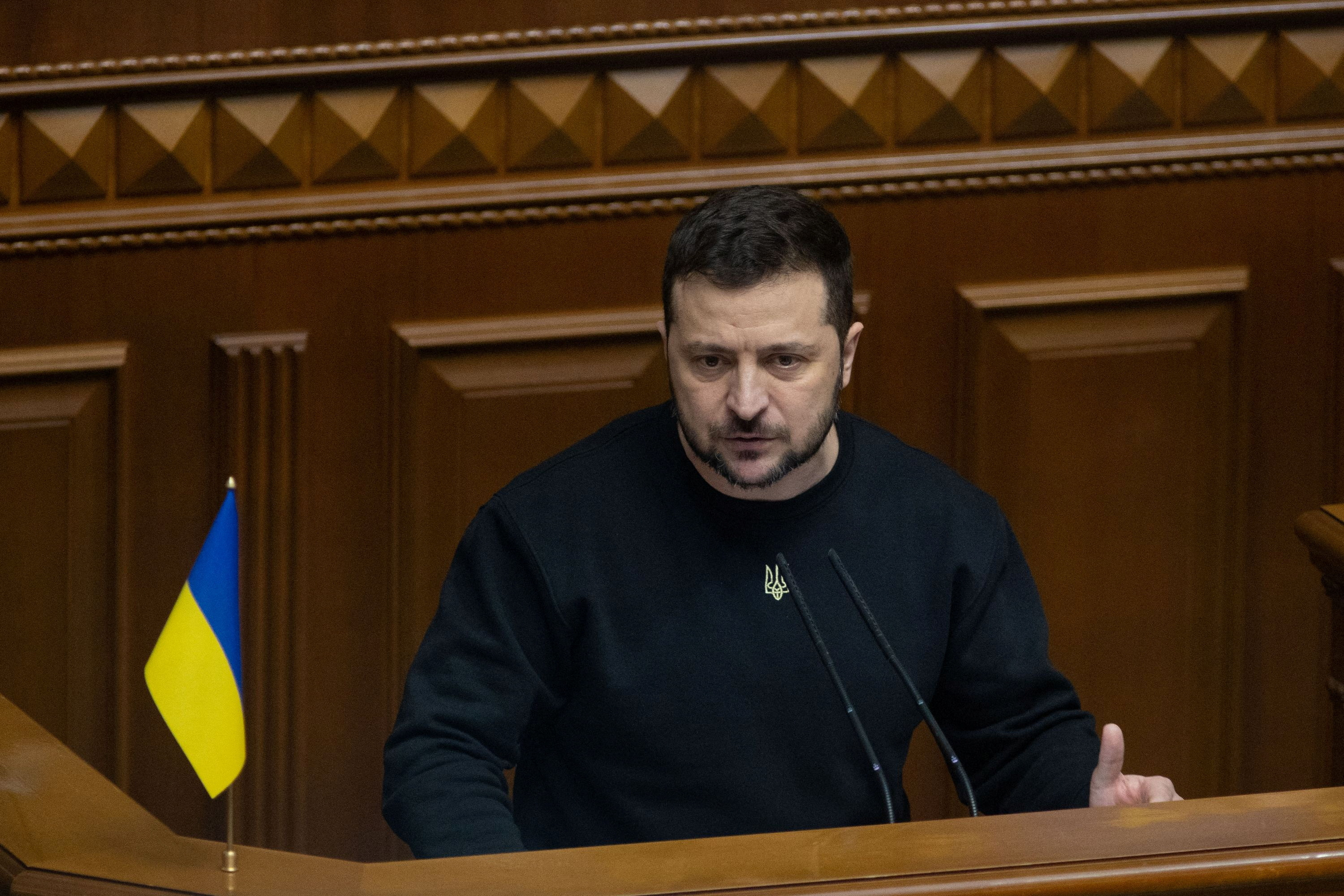 Ukraine’s President Volodymyr Zelenskiy delivers his annual speech to lawmakers during a session of the Ukrainian Parliament, amid Russia’s attack on Ukraine, in Kyiv, Ukraine December 28, 2022. Ukrainian Presidential Press Service/Handout via REUTERS

Ukraine’s President Volodymyr Zelenskiy called on the Organization for Security and Cooperation (OSCE) on Monday to do more about Ukrainians that Kyiv says have been forcefully deported to Russia and their fate once inside the country.

Bujar Osmani, Minister of Foreign Affairs of North Macedonia and the 2023 OSCE Chairman-in-Office, visited Kyiv on Monday, with Zelenskiy saying the two talked about how to “make the OSCE effective”.

Ukraine and its allies have accused Russia of large-scale deportation of Ukrainians since the start of the Russian invasion on Ukraine in February of 2022.

The U.S. State Department estimated last year that between 900,000 and 1.6 million Ukrainian citizens, including 260,000 children, have been forcibly deported into Russian territory.

Russia denies deportations and says those arriving are war refugees. In November, the country’s emergency ministry said that some 4.8 million Ukrainians, including 712,000 children, had arrived in Russia since February.

“The OSCE can significantly increase attention and act accordingly regarding the deportation of our people from the occupied territory to Russia,” Zelenskiy said in his nightly video address.

“No international organization has found the strength to gain access to the places of detention of our prisoners in Russia yet. This must be corrected.”

Ukraine’s National Information Bureau, which tracks missing and displaced children, says that as of Jan. 16 nearly 14,000 children had been deported.

The OSCE, the world’s largest regional security organisation of 57 states, brings on equal footing the United States, all European states, including Russia and all states of the former Soviet Union, among others.

Russia has tried to undermine the organisation, saying in December that the body is losing its meaning and not focusing on matters closely related to security. It has been blocking the adoption of the OSCE budget.

The OSCE was also forced to close its monitoring mission in Ukraine after Moscow refused to extend the mandates of the organisation’s field operations in the country.

Home » Shared Links And Posts - trumpinvestigations.net » Ukraine“s Zelenskiy calls on OSCE to do more about Ukrainians moved to Russia
a