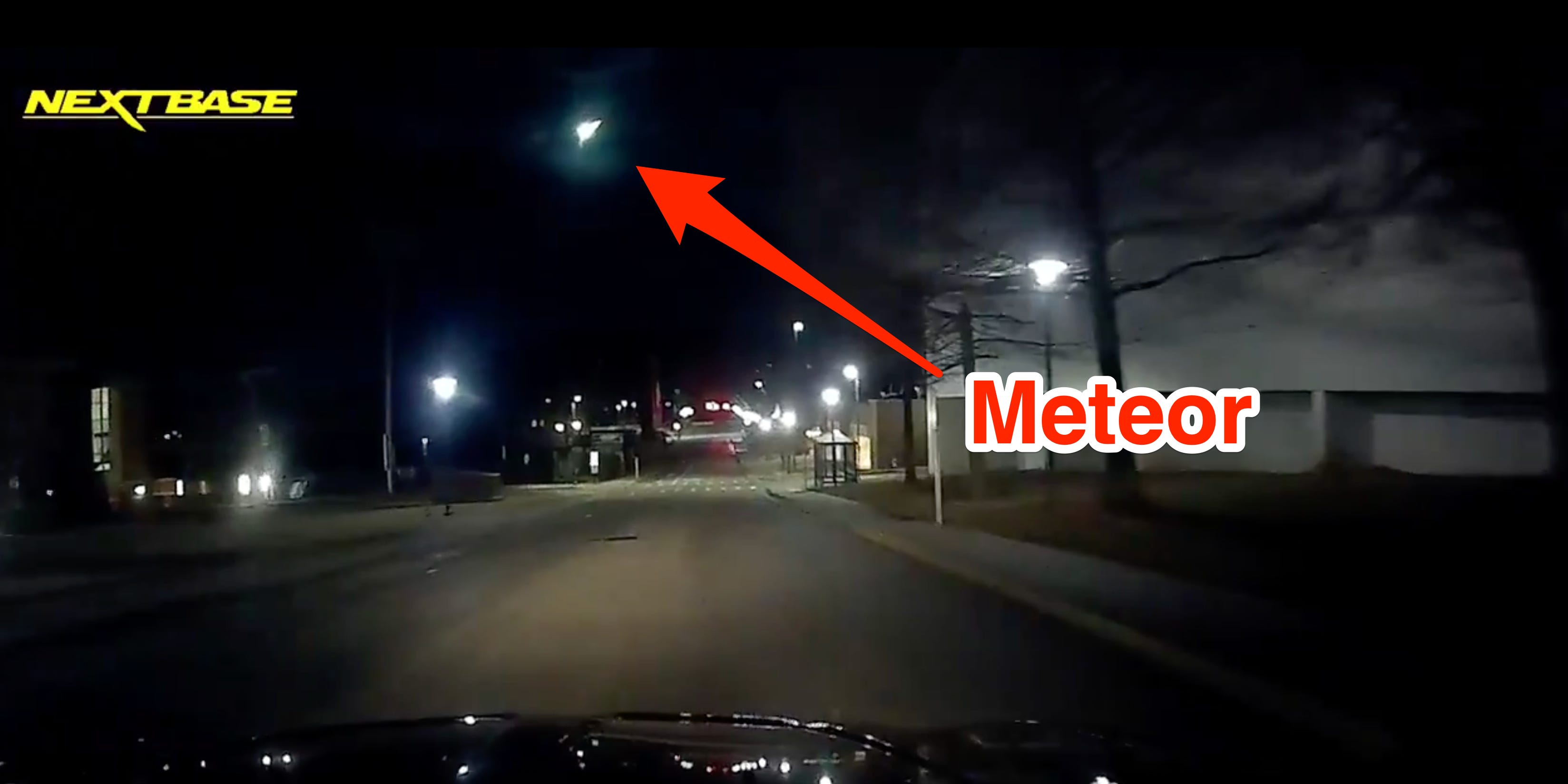 The green meteor was caught by multiple dashboard and security cameras last night.

According to 2 News Oklahoma, dozens of residents called in after seeing the meteor.

Fox 23 meteorologist Laura Mock shared a dashcam video taken at about 4:30 am local time in Fayetteville that showed the meteor burning bright green across the sky.

FOX23 also shared multiple videos of the meteor, reporting that some residents felt their house shake.

The National Weather Service in Tulsa tweeted Friday morning that they’d gotten reports of the meteor and that a lightning detector spotted it over Wagoner county.

Meteors are small pieces of space dust or debris that strike the atmosphere and burn up, creating bright flashes of light as they are incinerated.

Home » Shared Links And Posts - trumpinvestigations.net » Videos show a green meteor lighting up the sky and waking people up with a sonic boom over Oklahoma
a