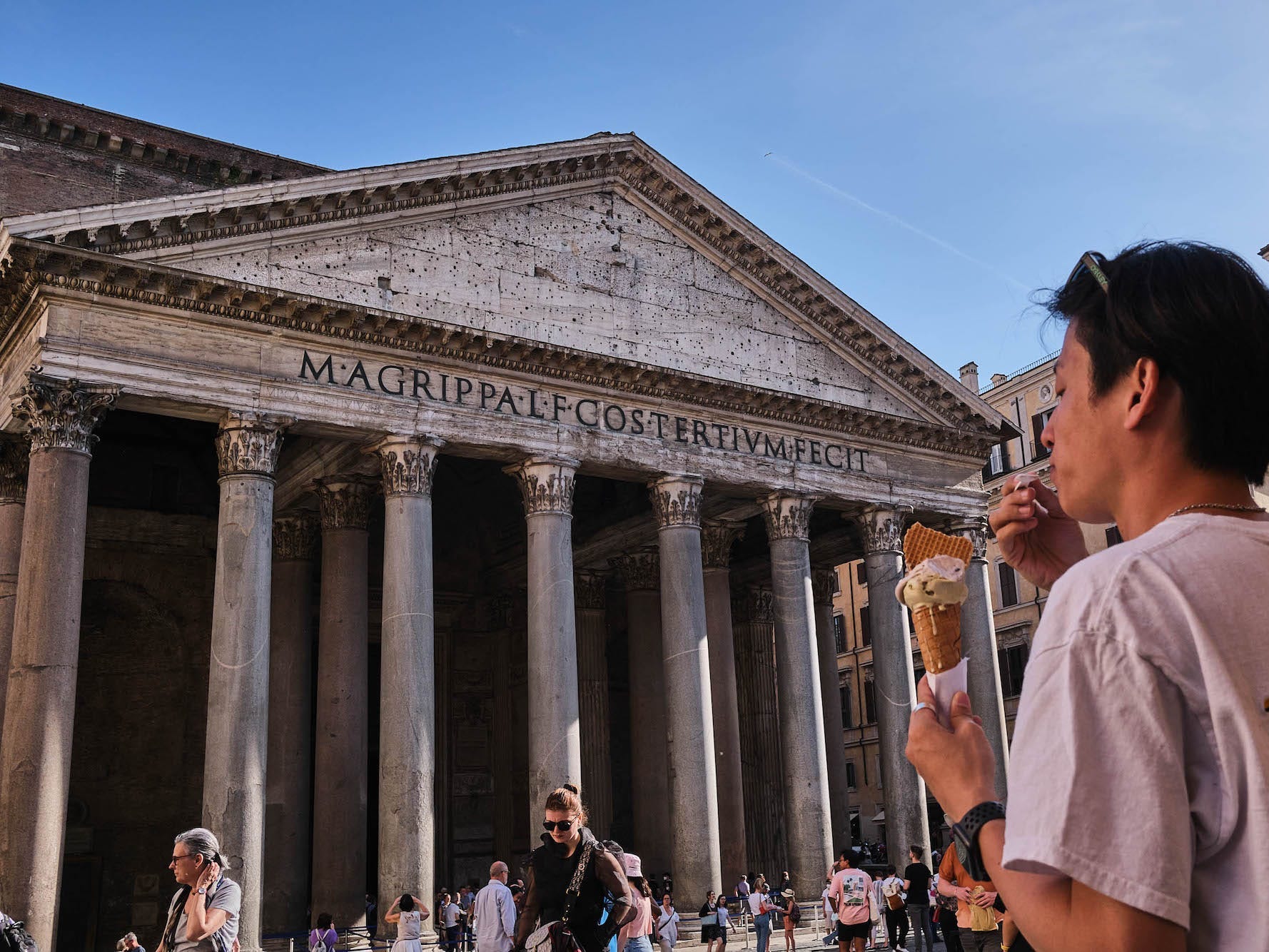 A tourist at the Roman Pantheon on May 12, 2022. Scientists may have cracked the secrete of why ancient Roman concrete, used on this building, was so durable.

It’s one of the great mysteries of archeology: how did the Romans create concrete so strong that their buildings are still standing 2,000 years later?

The question has long puzzled scientists, not only because the concrete has incredible strength, but also because it seems to be able to self-heal — meaning cracks inexplicably disappear over time.

The Pantheon in Rome is a perfect example of this. The structure, built around AD 126, has been in constant use since then. But its intricate dome looks brand new even today.

So what made this material so special? A group of scientists from MIT and Harvard, who published their results in the peer-reviewed journal Science Advances on January 6, may have cracked it.

These scientists suggest the secret is in white flecks found in the concrete called “lime clasts.” 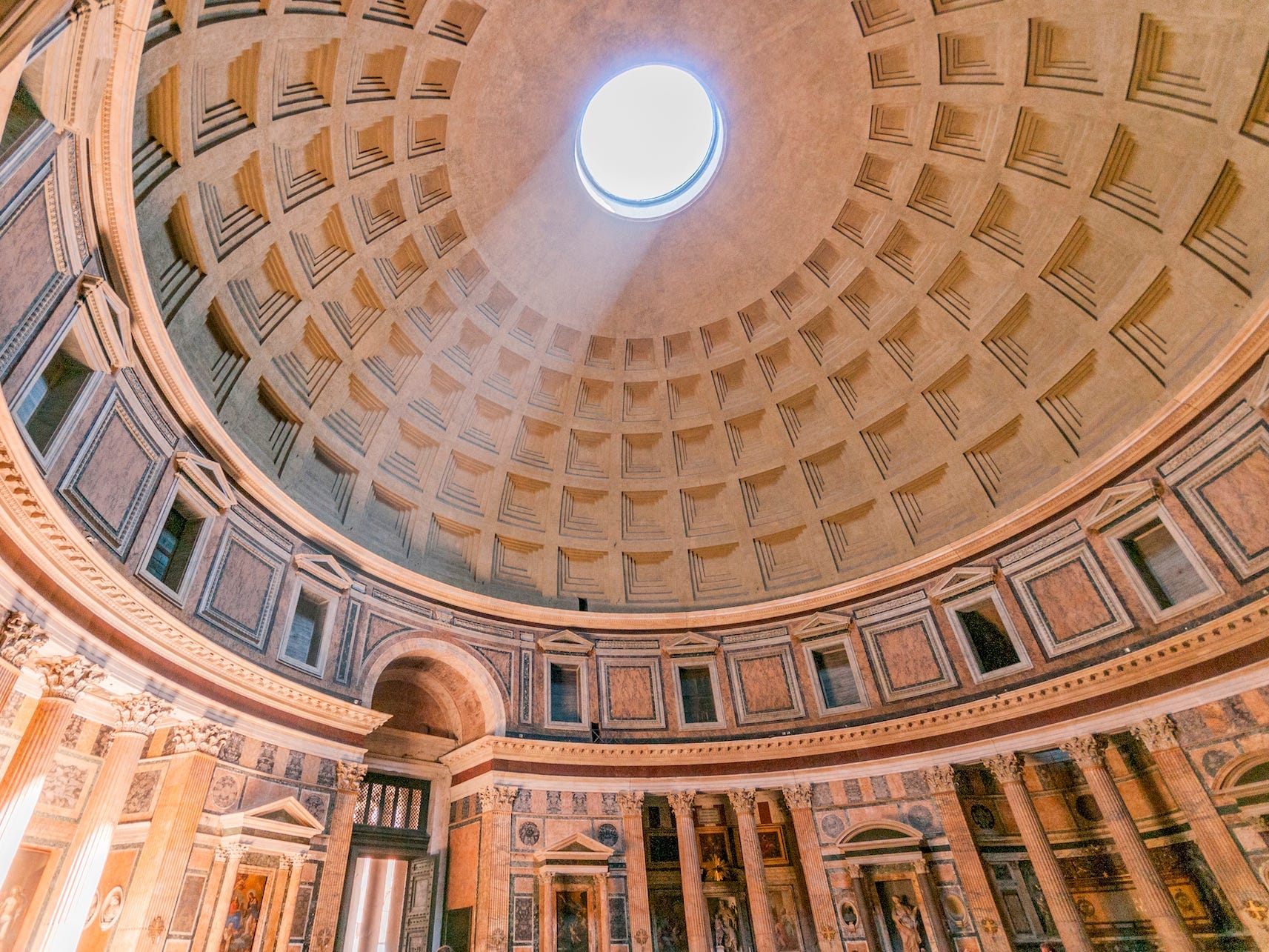 This concrete dome inside the Pantheon has stood the test of time.

Although these flecks are seen in pretty much every Roman structure, they have usually been dismissed as imperfections in the building material.

Any concrete is made up of a few basic elements: a liquid binding agent, called a mortar, and aggregates (typically loose gravel, sand, or small rocks). Roman mortar was made using lime, a chemical created by heating limestone.

The general belief was that the lime was first mixed with water, before adding in the aggregates. The flecks were seen as a sign the mortar was not well mixed by the builders.

But Admir Masic, an author of the research and an MIT professor of civil and environmental engineering, said he was never really convinced.

“If the Romans put so much effort into making an outstanding construction material, following all of the detailed recipes that had been optimized over the course of many centuries, why would they put so little effort into ensuring the production of a well-mixed final product?” he said in a press release

After studying the flecks more closely, Masic and the team of scientists concluded that they were likely to have been put there on purpose. This, they found, was crucial to the self-healing property of the concrete.

Flecks that are extremely important for self-healing 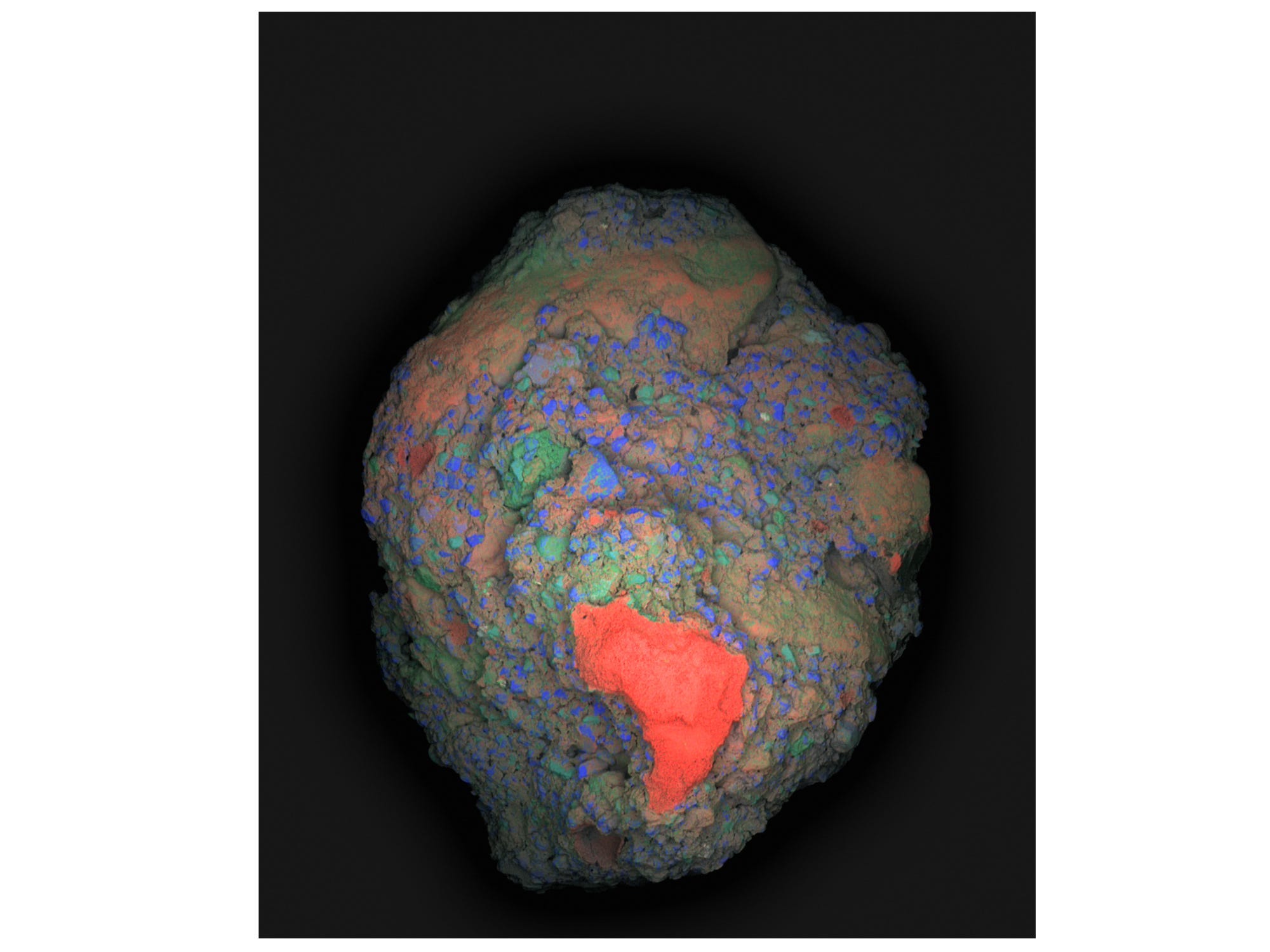 Scietnists have analysed the elements in this lump of concrete. A false color image shows a large lump of calcium, in red, on this image.

Courtesy of the researchers

Lime clasts — the white flecks — are quite brittle, and that’s a good thing.

As cracks appear in the concrete, the clasts crumble, releasing calcium that can travel through the fracture. When water seeps into the cracks, the calcium, seen above in red, reacts with the water, creating new crystals.

These crystals automatically fill the crack and fix the structure. 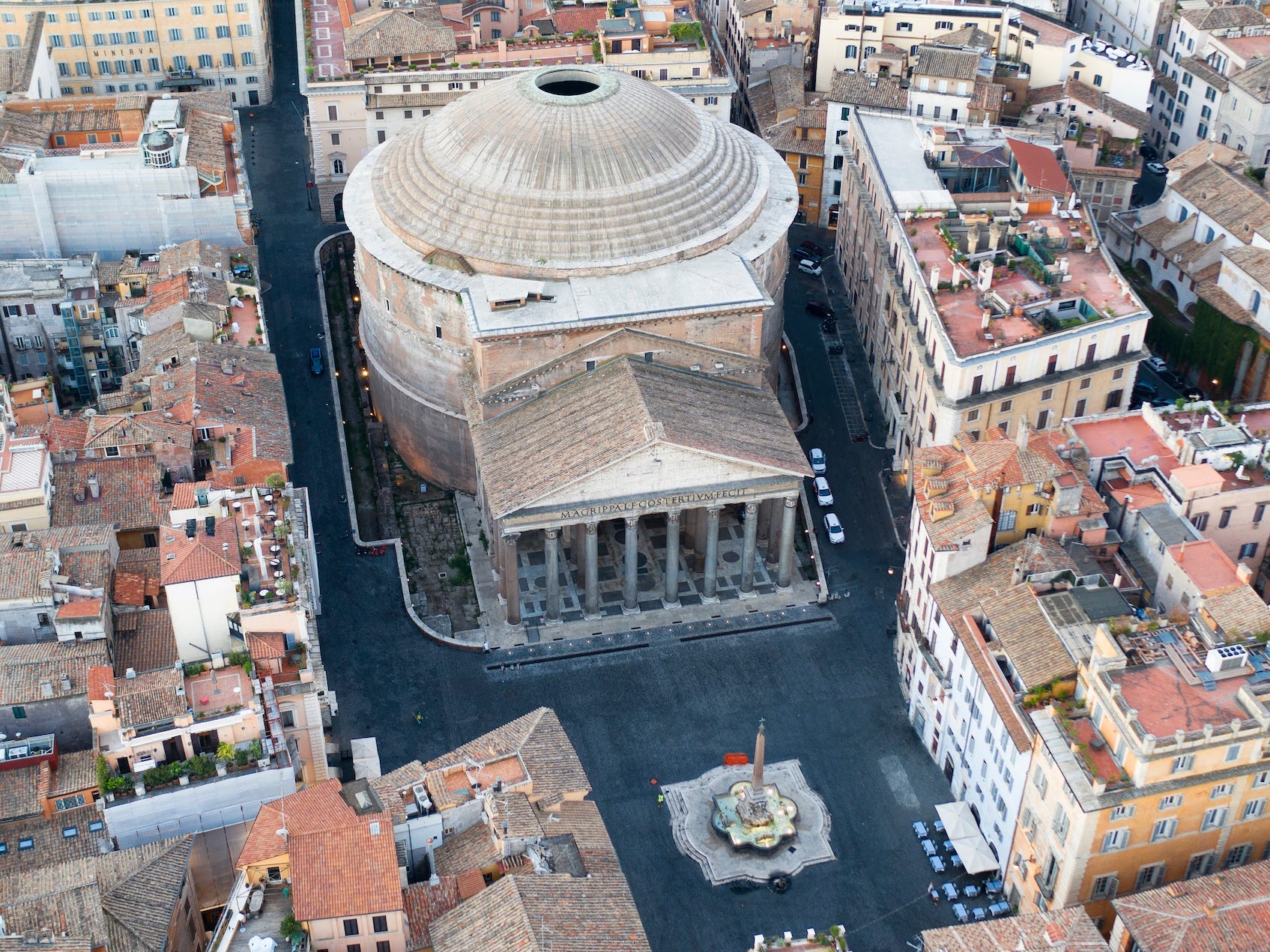 Aerial view of the Piazza della Rotonda with the Pantheon and City Buildings, Rome.

The scientists believe this could only happen if the lime was added to the concrete in its heated, powdered form.

Right after it is heated in the kiln, lime is very reactive and can be dangerous.

It is extremely dehydrated at this point. So as soon as this chemical comes into contact with water, it incorporates it into its chemical structure to make a more stable molecule. That reaction releases a lot of energy, which releases intense heat.

When people make concrete, they usually add water to the powdered lime first, let it cool down, then add the aggregates.

But by mixing the lime with the aggregates, then adding water, the Romans created a controlled explosion, raising the heat in the mix just enough to change the concrete’s chemical composition, which led to the incorporation of the lime clasts, Masic said.

The scientists put their theory to the test. They made up concrete blocks, one using the powdered lime and one using a more modern version of the concrete that did not. Then, they deliberately smashed the blocks to create cracks.

They found that the Roman formulation was repaired within a couple of weeks under a drizzle of water. The modern formulation did not.

Home » Shared Links And Posts - trumpinvestigations.net » Ancient Roman concrete was incredibly strong — scientists may have just figured out why
a